Exclusive: Venezuela’s FM Arreaza Accuses EU of Sticking to Pro-US Stance in Its Policy on Caracas 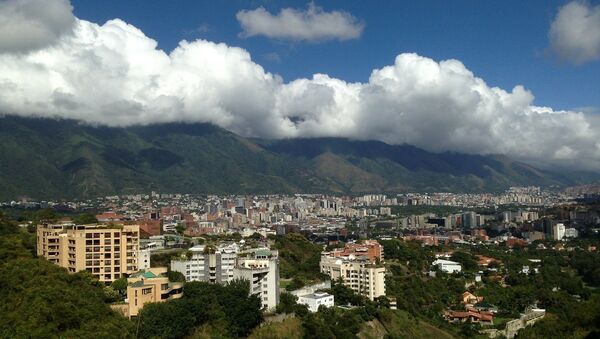 CC0 / /
Subscribe
Relations between Brussels and Caracas deteriorated in late June, when President Nicolas Maduro ordered the expulsion of the EU's envoy to Venezuela, Isabel Brilhante Pedrosa, in a move that came in response to the bloc expanding sanctions against the South American country.

Venezuelan Foreign Minister Jorge Arreaza has accused the EU of following the US path in terms of policy towards the Latin American nation.

“When Borrell served as the Spanish Foreign Minister [between June 2018 and November 2019], he said that the EU's stance is not provisioned by international law, and that the Americans convinced them that 'President Maduro’s government will step down in a few days at the beginning of 2019'", the Venezuelan foreign minister told Sputnik correspondent Marco Teruggi.

He underscored the importance of Borrell becoming the EU's foreign affairs chief because "historically, the Iberian Peninsula, Spain, and Portugal have always had big clout in relations with Latin American and the Caribbean countries thanks to their cultural and economic ties". 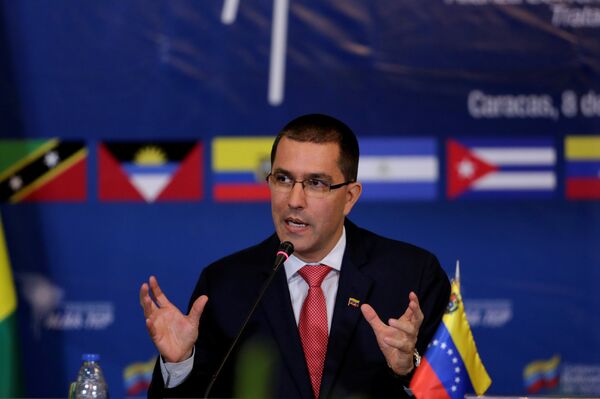 Arreaza said that Caracas expected the EU to take a stance on its relations with the US based on the bloc's founding principles and its ties with Latin America.

However, the position taken by Brussels is based on "ideological and corporate similarities, which in no way correspond to proper and civilised relations between countries", according to him.

The foreign minister also touched upon the EU's sanctions against Venezuela, which Arreaza said are "illegal and harmful" because they were imposed against "officials authorised to make administrative decisions and those in the field of public finances and inter-government relations".

Separately, Arreaza praised Maduro's decision to keep "the European diplomatic representation [in Venezuela] at the highest level, with 14 ambassadors and a permanent EU representative".

"Although they did not recognise the Venezuelan president, Maduro allowed them to remain in Venezuela to develop a dialogue despite the tough divisions that we have", Arreaza pointed out.

EU Says ‘Narco-Terrorism’ Charges Against Maduro Part of US’s Pressure Campaign Against Venezuela
The diplomat expressed hope that the EU will manage to "play a positive role in Venezuela", and that Brussels can even act as an observer during the South American country’s parliamentary elections scheduled for 6 December.

Arreaza's remarks come amid deteriorating ties between Brussels and Caracas, which further worsened after Maduro decided to expel the EU's envoy to Venezuela Isabel Brilhante Pedrosa late last month in a move that was eventually rescinded due to the necessity of maintaining a bilateral political dialogue.

Maduro, in turn, said that his decision on Pedrosa's expulsion was a response to Brussels expanding sanctions against Venezuela, as the bloc recently added 11 leading Venezuelan officials to the list of those subject to restrictive measures because of "their role in acts and decisions undermining democracy and the rule of law in Venezuela".

In June, Maduro warned the EU not to interfere in his country's domestic affairs, saying that Venezuela is "not a backyard", in response to the European Council previously condemning a decision by the Supreme Court of Venezuela to reshuffle the composition of the country's National Electoral Council (CNE).

The developments are unfolding against the backdrop of a political standoff in Venezuela that has been ongoing since Maduro was sworn in as president after legitimate elections in 2018.

This was followed by a move by then-head of the opposition-controlled National Assembly Juan Guaido to illegally proclaim himself Venezuela’s interim president. Western nations, led by the US, announced their recognition of Guaido, while Maduro described him as a puppet of Washington. A number of countries, including Russia, China, and Turkey, supported Maduro as the only legitimate president of Venezuela.