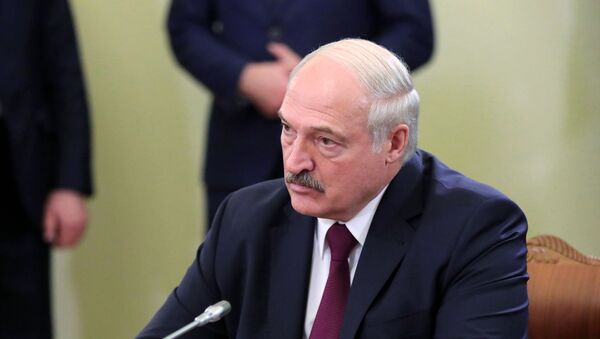 "As always, don't hold your breath", Eismont said at Sputnik’s request to comment on the information circulating on Telegram, claiming that Lukashenko had a hypertensive crisis and was hospitalised.

The meeting lasted for about an hour and a half. Then Lukashenko met with Prime Minister of Kazakhstan Askar Mamin, followed by a meeting with Kyrgyz Prime Minister Kubatbek Boronov.

The presidential campaign in Belarus has been accompanied by the arrests of those supporting the candidates running against current President Alexander Lukashenko. The interior ministry says that most people have been arrested for violating laws on holding public events, as well as undermining public order.