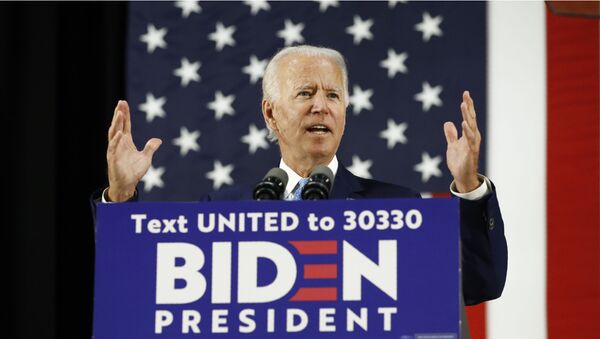 Biden's allegations fall in line with Washington's beloved 'Russia card', which was also played in 2016 during the US presidential race. The Democratic Party almost immediately blamed its loss on mysterious "Russian hackers".

“We know from before and I guarantee you I know now because now I get briefings again. The Russians are still engaged in trying to delegitimize our electoral process. Fact", he said during a Friday fundraiser, as cited by The Hill.

He also asserted that the alleged interference involves "China and others", referring to "activities that are designed for us to lose confidence in the outcome". He did not elaborate about which countries he meant by "others".

Biden received intelligence briefings, accepting a traditional offer for candidates to be briefed before the elections. In late June, the Democratic nominee noted that he "very well may" ask to know more about alleged intelligence reports claiming that Russia offered the Taliban money for killing US soldiers.

In 2016, the US pushed claims that Moscow had "meddled" in the nation's presidential elections, alleging that "Russian hackers" broke into the Democratic National Committee's servers.

Additionally, US President Donald Trump was later accused of "collusion" with Russia - an allegation later probed by Special Counsel Robert Mueller. However, the latter's report said that insufficient evidence was found to support the claims.

Russia, for its part, vehemently denied any interference in the US elections, calling the accusations part of the "domestic political struggle".