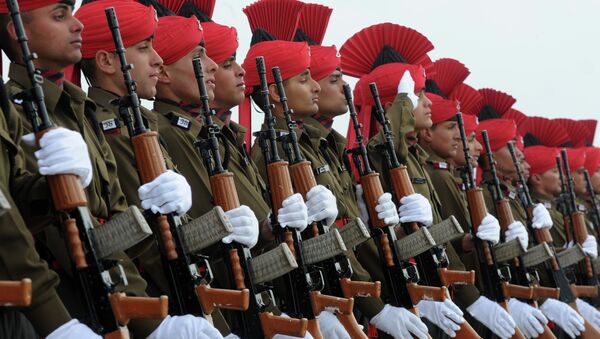 Rishikesh Kumar
All materialsWrite to the author
Advitya Bahl
All materialsWrite to the author
New Delhi (Sputnik): The transgender community in India has been the most neglected part of society for a really long time. Transgender- known as the third gender nowadays, are denied the basic human right to exist within the respectable confines of society, thereby pushing them to maintain their own secretive subculture.

Six years after legally being recognised as a third gender by India's apex court, more than two million transgender people in the country are on the verge of witnessing history, receiving eligibility to compete for officer posts in the Central Armed Police Forces in August.

The Indian Ministry of Home Affairs (MHA) has sought the views of five paramilitary forces ahead of the annual examinations for recruiting assistant commandants, entry-level positions in the forces.

With a total sanctioned strength of 999,795, these forces are responsible for issues ranging from guarding the country’s border to maintaining law and order within the nation. The CRPF has been engaged in anti-terror operations in Kashmir for years.

The decision to include transgender individuals in the paramilitary forces is in line with the Transgender Persons (Protection of Rights) Act, ratified by the Indian government in December 2019 which aims at protecting their rights and eliminating any sort of discrimination against them in employment, education, housing, healthcare, and other services.

"As per clause 9 of the Act, no establishment shall discriminate against any Transgender person in any matter relating to employment including, but not limited to, recruitment, promotion and other related issues", Rattan Lal Kataria, Junior Minister of Social Justice and Empowerment in the Modi government said.

Welcoming the Move With Open Arms

Looking forward to donning a uniform in the near future, the transgender community believes that they will be able to live a life full of dignity.

"A person in uniform is seen as the pride of the nation and lives a life full of respect in our country. When someone from our community will wear it, we will feel more proud", said Geeta, a transgender individual who works with a Delhi-based lawyer.

An official with the paramilitary forces believes that the military already has a gender-neutral work environment.

"We follow the principle of 'gender neutrality' and we are ready to make the necessary changes in the force and suggested amendments to recruitment rules for helping transgender people to join the force at the assistant commandant level", said a spokesperson for the country's border guarding force, the BSF.

Concerns of Officials and Transgender Individuals

"People, officials, authorities, politicians, and the government often talk about the right to equality, gender, etc. but will society ever accept us even if we get recruited in the forces. Imagine if any of us (transgender) become a senior official, will others listen to our commands, it’s way far from imagining as we don't see that happening. Will our juniors or co-commanders respect us, no we don’t think so", said Sapna, a trans-woman associated with Delhi-based NGO Basera Samajik Sangthan. 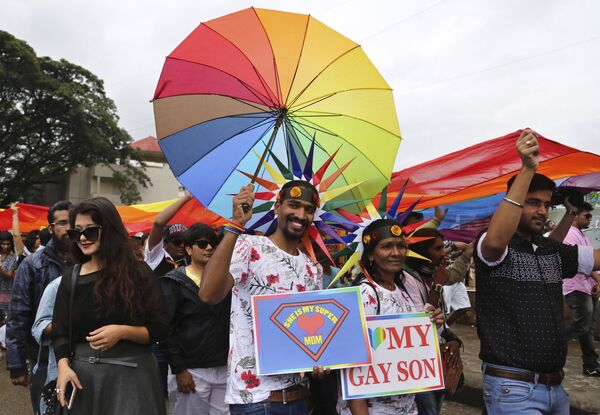 A senior official from CISF also raised concerns about the safety of transgender people in the forces.

"It's an exceptional step but before that the government or the forces should work towards educating the personnel on transgenders. The forces personnel, most of them come from a rural background, have some kind of perception towards the trans which may result in physical or mental harassment during duty or training. Senior officials can't be present everywhere to keep a check on their safety which is a major concern if you think about inducting trans in the forces", the official from CISF said requesting anonymity.

A similar issue was raised by several officials with the Indian military citing that "soldiers were not yet mentally schooled to accept women officers in command" when the decision on considering lifting the military’s official ban on women in combat roles and to give them commanding roles was underway.

CISF personnel emphasised that it is going to be a tough task to recruit the third gender and stated it is not about ability or legal rights but about a drastic cultural change which may flow from top to bottom.

baby steps before learning to fly

Transgender people are often ostracised by Indian society due to their gender identity and commonly described as eunuchs and transvestites. Government figures suggest that they are deprived of education, and jobs due to societal stigma and most of them make a living by singing and dancing or by begging and the sex trade. The only time they are allowed into respectable settings are during the birth of a child or wedding functions, where they earn respect and enter the limelight because people think a wish made by them brings about good luck.

According to Amrita Sarkar, a transgender activist, before introducing the community into the armed forces, it should be effectively integrated into all other sections of society. This will help the community become a natural part of society over time and make people comfortable with the idea of transgender individuals being doctors, teachers, engineers, and military personnel.

Denied a Job in Air India, Transgender Woman Seeks Mercy Killing
The disturbing conditions of transgender people in Indian society can be seen from the very low numbers of transgender students studying at India's 53 central universities, per Ramesh Pokhriyal Nishank, India's Minister of Human Resources Development, who answered a query to parliamentarians in December 2019.

In last five years, only one central university, the Indira Gandhi National Open University (IGNOU), had a total of 814 transgender students enrolled.

"There is no transgender teaching and non-teaching staff in various central universities of the country", Minister of Human Resources Development Ramesh Pokhriyal Nishank said.

000000
Popular comments
When you're in a fix think twice before requesting back up.
amike
18 July 2020, 17:03 GMT1
000000
Q: what the minoan prince the paki military the indian military the hyksos horses and most native american warriors have in common ( hint : its on their head )