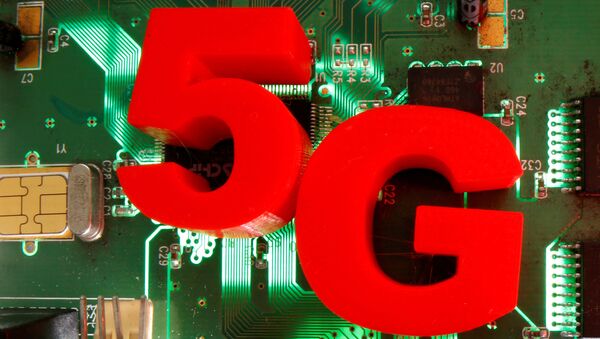 © REUTERS / Dado Ruvic
Subscribe
London’s decision to ban the Chinese telecoms giant follows months of pressure from the Trump administration, which claims that Huawei conducts espionage at the behest Beijing and that the company’s equipment could be used in potential attacks, allegations that both Huawei and the Chinese government have vehemently denied.

Britain has turned to Japan for help in the development of its 5G network, Nikkei reported. According to the newspaper, Japanese tech companies NEC and Fujitsu may replace Huawei after London banned the purchase of the Chinese tech giant’s equipment and ordered all Huawei devices for 5G to be removed by 2027. It is understood that the British government will allow the Japanese companies to compete with other giants like Sweden’s Ericsson and Finland’s Nokia, which dominate the market.

NEC is already in talks with the UK, Nikkei reported, adding that Fujitsu is looking for opportunities to sell its products in Europe. Both companies have a miniscule share of the 5G base station market, controlling less than 1 percent, while Ericsson, Nokia, and Huawei control almost 80 percent. However, following Huawei’s problems in the United States and most recently in the United Kingdom, Fujitsu and NEC are aiming to boost their sales and the Japanese government wants to help them.

Authorities in Tokyo have decided to invest $654 million to support the country’s tech firms, including NEC and Fujitsu, in developing base station equipment for 5G networks, Nikkei reported, noting that Japan wants to promote the domestic development and subsequent export of networks to friendly countries, and a potential deal with Britain may become a touchstone for Tokyo’s strategy.

London’s intention to ban Huawei from its 5G network on 14 July marked a U-turn on a decision that it made in January, when after months of deliberations and reviews, the UK ruled that the company’s equipment can be used, but introduced several restrictions. Britain’s decision follows months of pressure from the United States, which has repeatedly claimed that Huawei poses a risk to national security. In particular, the Trump administration has alleged that the company uses its devices and equipment to conduct espionage at the behest of the Chinese government, a claim that both Beijing and Huawei deny.

It is believed that London’s decision is purely political, as the country is seeking to strike a trade agreement with the United States following its withdrawal from the European Union. In May, US Vice President Mike Pence said that Britain’s decision in January to give Huawei a role in the development of its 5G network, which offers faster Internet, could hamper the country’s post-Brexit deal with Washington.