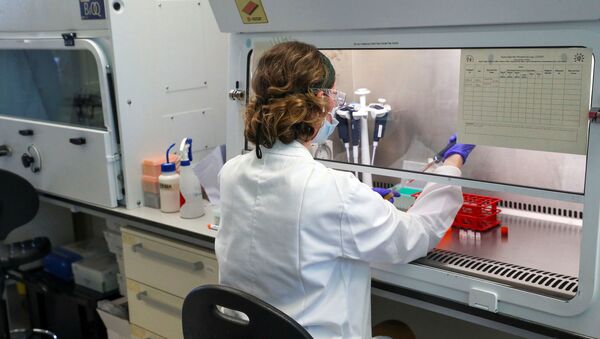 Tommy Sheridan
All materials
Absurd and ridiculous propositions are not difficult to float when you have the backing of a compliant and pliable mainstream media jam-packed with useful idiots on exorbitant salaries paid to manipulate opinions.

UK governments can effectively invent stories and have them magically transformed into facts through the medium of principle-free broadcast, and newspaper editors who dictate what constitutes news and what doesn’t. The latest pathetic offering is the alleged Russian hacking of science laboratories working on a Covid19 vaccine spiced up with accusations that Russia interfered with the 2019 General Election.

On both counts the evidence to back up such claims is not just as thin as the hair on my increasingly bald heid - it is non-existent. The use of phrases like ‘95% sure’ and ‘the weight of evidence shows’ are meaningless and empty soundbites spread like confetti to convince the public at large to fear Russia. Such Russia phobia is convenient on several fronts. From justifying truly obscene levels of military expenditure on nuclear weapons and other defence systems to diverting attention from other more important issues.

Deflecting Attention Away from Humiliation of Johnson

The Johnson government suffered a deeply embarrassing defeat in a parliament committee on Wednesday night. Boris Johnson’s chosen candidate to chair the powerful intelligence and security committee, which overseas the secretive work of the security services, was ambushed by a well organised manoeuvre which saw a Tory vote with opposition members to install himself instead of the gaffe prone former cabinet minister Chris Grayling.

Conservative Julian Lewis voted with four opposition MPs to defeat Grayling 5-4 in the chairmanship vote. Johnson was so enraged that he ordered Lewis to be kicked out of the Parliamentary Tory party.

Many people believe Johnson wanted Grayling to chair that committee because he was unlikely to cause any uncomfortable reports or investigations to emerge. Bear in mind Grayling was the Minister who awarded a no-deal Brexit ferry contract to a company that had no ships, presided over the collapse of Northern and Thameslink rail services and, while the justice secretary, ordered the disastrous part-privatisation of the probation service and banned prisoners from receiving books from relatives, a measure that was overturned in the courts.

To Johnson Grayling clearly was an ideal candidate for the intelligence and security committee but other MPs had a different idea and saw a chance to snub Johnson. It was a wholesome connection and Johnson should have suffered days of humiliating headlines questioning his grip on the Parliamentary party and his inability to see the ambush coming. Within 24 hours stories about Russian hacking and political interference were promoted and, lo and behold, the agenda was conveniently changed to focus on the ever-reliable anti-Russia chestnut.

Accusations Without Evidence Are Worthless and Empty

The evidence to link the Russian state to hacking any scientific laboratory or scientist working on the Covid19 vaccine or indeed any other project amounts to the word of government ministers backed up by dodgy reliable stooges from the dark Bellingcat outfit which is rolled out whenever anti-Russian commentary is required and has previously been exposed for spreading lies about Syria and chemical weapons use.

The so-called evidence implicating Russia is never verifiable and always hidden due to ‘security concerns’, a multi-purpose blanket to hide the absence of any proof whatsoever.

Apparently the Russians have already trialled a vaccine on human volunteers and positive results thus far have led to expectations of a breakthrough soon, so the accusation of stealing data could be a ready made retort from the UK to any imminent Russian announcement or it could simply be an ideal deflection of attention away from the embarrassment in Parliament on Wednesday night. Although how sick is it that countries are competing to produce a vaccine? The Covid19 virus affects the whole world and we should have a unified and cooperative effort to find a universal and accessible vaccine.

Alternatively throwing a spurious Russia hacking and election meddling story into the laps of the dutiful mainstream media helps deflect from scrutiny of the UK’s deplorable record in dealing with the Covid19 pandemic to date and the increased chorus of medical experts and others demanding independent enquiries to expose the serious errors made by Johnson and his Ministers. Even senior Tories can no longer stomach Johnson attempting to blame everyone but himself for the shortcomings which have led to the unnecessary loss of over 20,000 lives had actions been quicker and better. It is the Johnson government that must shoulder the blame for excess deaths, not the NHS or care homes.

Amplifying Is the New ‘Crime’

Examining the accusation relating to Russian interference in the 2019 General Election inspires deep disappointment alongside hilarity. Disappointment that the alleged interference was so damned unsuccessful and hilarity that the ‘evidence’ amounts to certain social media accounts which may or may not have a Russian connection had the temerity to share a leaked document which revealed concrete and dangerous proposals for the US to seek trading deals post-Brexit which would compromise the public nature of the NHS.

That the Trump administration is intent on promoting NHS privatisation and profiting from such privatisation via future trade deals is a fact the Tories continually deny. But a document leaked and placed on the Reddit social media website confirmed the truth of that fact.

It was placed there by an unidentified source which is the subject of a criminal police investigation. Jeremy Corbyn very legitimately used the document during the December General election to highlight the serious threat to the NHS the election of a Tory government would bring.

So, is Russia responsible for the leak? Is that the nub of the election interference allegation? No. Believe it or not Russia is accused of ‘amplifying’ the document. There is no evidence they leaked the document, but they are accused of amplifying it. How? By doing what news outlets, bloggers and other interested individuals do. They shared the story. So be careful what you share on social media nowadays for if it is anti-Tory or uncomfortable for the Establishment it might be interpreted as Russian inspired. Look at the ever-reliable Guardian commentary:

“It is almost certain that Russian actors sought to interfere in the 2019 general election through the online amplification of illicitly acquired and leaked government documents,” said the foreign secretary, Dominic Raab. “Sensitive government documents relating to the UK-US free-trade agreement were illicitly acquired before the 2019 general election and disseminated online via the social media platform Reddit".

Do not Allow UK Government to Warp Our Minds – Stay Critical

The Covid19 vaccine hacking accusations and election interference jibes are evidence and fact free. They are manufactured by a government intent in promoting an anti-Russian line as it serves their interests to have the populace frightened by the ‘threat’ from Russia. Even though it is a fictitious threat it still serves a purpose. Much like the Skripal story of March 2018 was effective in promoting suspicion and hostility towards Russia so these stories will feed into that agenda. Those of us who dared ask questions in relation to the Russian involvement in the Salisbury nerve agent incident two years ago were cast as Kremlin lackeys.

Why didn’t we just accept the Russians despatched secret agents thousands of miles from Moscow armed with one of the most lethal chemical agents ever invented to take out a double agent who was arrested for treason in Moscow in 2004 and imprisoned for six years before being released to the UK as part of an agent swap deal with the US in 2010? Okay, the guy was allowed to live secretly in sleepy Salisbury and posed no threat to Russian security but the prestigious football World Cup was about to kick off in a few months and the eyes of the world would be on Russia’s ability to appear as a peaceful and welcoming host nation so the decision was taken to send the secret state agents to kill Sergei Skripal and his daughter visiting him from Russia as it would surely generate positive headlines for Russia.

Oh, and by the way, if the novichok chemical weapon was so lethal how come both Sergei and Yulia Skripal survived alongside Detective Sergeant Nick Bailey who also touched the allegedly contaminated door handle which transferred the deadly nerve agent? Apparently, the cold weather helped the Skripals as the rate of contamination of this deadly chemical is slowed by low temperatures. If only the Russians had experience of low temperatures in their own country, they could have designed a chemical nerve agent able to kill effectively despite the cold?

The evidence of Russian involvement in that incident on March 4th 2018, a few months prior to the kick off of the world cup on June 14th, is apparently in the hands of the government but won’t be released in case it prejudices a future criminal trial. Yet everyone knows there will never be such a trial so that alleged ‘evidence’ will never see the light of day. The ‘evidence’ of Russian hacking and interference in the UK General Election is also apparently available but can’t be released for security reasons. How convenient.

It has often been said that governments can get away with metaphorically showering all over their citizens because they can rely on the media blaming the rain for the wetness and discomfort and in relation to this on-going desire of the powerful in government to promote Russia-phobia the same principle applies. Those with even a few morsels of brain matter must refuse to suspend their adherence to rational and critical thought. Question always government accusations of foreign interference in the absence of verifiable credible evidence to back their claims.