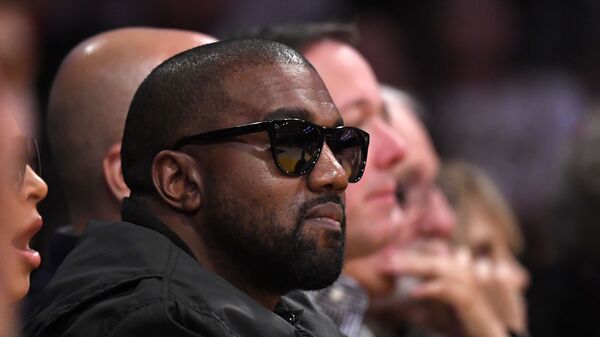 What do George Washington, Thomas Jefferson, Theodore Roosevelt, Abraham Lincoln and Kanye West have in common? Not that much, it seems, at least for another four years, as Kanye is out of the presidential race in several states.

Kanye West has compared himself to America’s greatest presidents with a photo that put his face on Mount Rushmore.

The rapper on Friday tweeted a doctored picture of the monument that had his face photoshopped next to Lincoln’s, with the caption reading, “2020”.

​Many commenters reassured Kanye that he would get their vote in the November election.

“Nah your Mount Rushmore should be you with 5 different expressions,” one user joked.

“None of the other presidents dropped college dropout,” another said, referring to Kanye’s critically acclaimed debut album.

Some suggested the Mt. Rushmore photo was a concept of a cover for an upcoming album.

Kanye West announced on 4 July that he would run in the presidential election as an independent candidate. He then gave a bewildering interview in which he promised to govern the White House like the nation of Wakanda from Black Panther and talked about restoring “fear and Love of God” to schools.

There has been much confusion as to whether Kanye is still running. He has made no mention of withdrawing his bid, although an election strategist who was allegedly hired by the West campaign has recently said that the rapper is “out” of the contest.

Despite missing the deadline for going on the ballot in at least four states – Texas, New Mexico, North Carolina, and Indiana – West registered as candidate with the Federal Election Commission on Wednesday and qualified for the election in Oklahoma on Thursday.