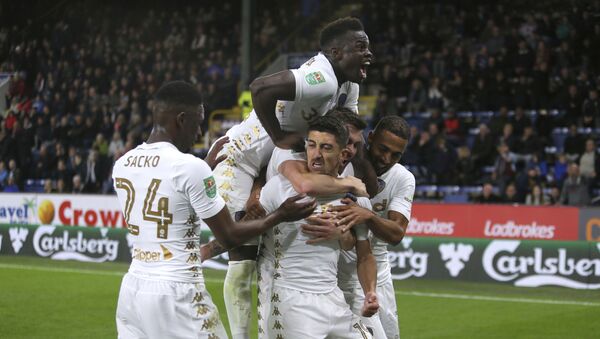 Leeds was dropped from the Premier League in 2004, after failing to qualify for the Champions League in two successive seasons, placing them in deep debt.

Leeds United FC announced their return to the Premier League, marking the end of 16-year wait. The team shared the news via Twitter, celebrating their Thursday 1-0 victory over Barnsley at Elland Road.

"The win against Barnsley on Thursday was Leeds’ 26th in the division this season, with the 1-0 win, ultimately securing the club’s package back to the top-flight", Leeds United said in a statement marking their return.

The Whites set a new club record, gaining 87 points, while there are still two matches left to play.

WE ARE BACK!!! @PremierLeague

​The club was dropped in 2004 and experienced financial troubles, unable to repay loans the club took to buy the services of top players such as Robert Fowler, Seth Johnson and others. Leeds was supposed to make up the balance in the Premier League, but failed to qualify and was downgraded to the Sky Bet Championship.