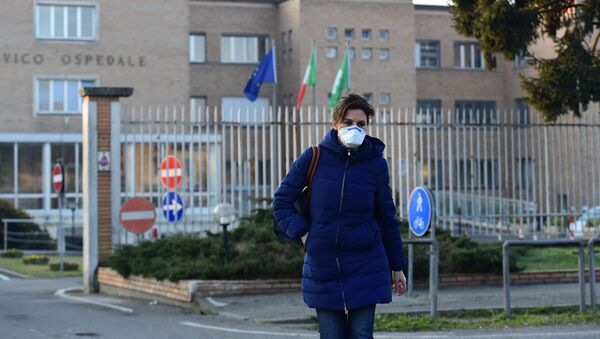 In April, chief of the State Police, Franco Gabrielli, said that during the coronavirus outbreak mafia groups managed to infiltrate various sectors of the national economy, primarily those dealing with the production of essential goods.

The Italian mafia may see a sharp rise in revenue after the coronavirus pandemic, a report by the country's Anti-Mafia Investigation Department says.

"There is an aspect of economic paralysis which has become so widespread that it may offer the mafia new sources of wealth and expansion. These prospects may be equalled to those that usually appear after a war," says the report, which focuses on the second half of 2019.

Analysts say that mafia groups may strengthen their positions and gain more public support, especially in Italy's south, by offering support to small and medium-sized businesses during tough times.

"The world economy will need liquidity, and in this case, mafia clans will cooperate with markets that need large investments," the report continues.

Commenting on the economic situation in the country earlier this year, Franco Gabrielli, the chief of the State Police, said that during the COVID-19 outbreak, the mafia managed to infiltrate some sectors of the economy, mostly those responsible for the production of essential goods, as well as pharmacology, funeral services, cleaning and recycling. These criminal groups may remain there after the pandemic is over, Gabrielli warned.

According to the authors of the report, effective monitoring of state contracts and a simplified procedure of granting these contracts could prevent the mafia from investing their money in the national economy.