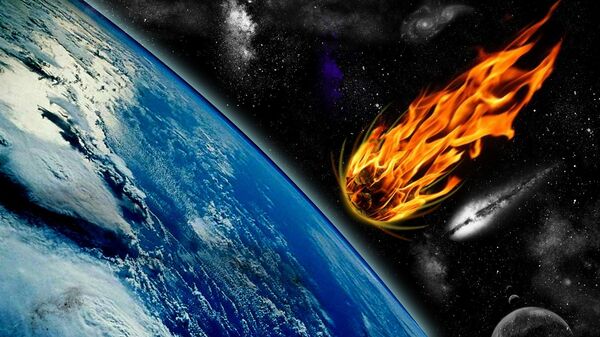 CC0 / /
Subscribe
International
India
Africa
One of the eyewitnesses reportedly said that the flying object had a tail, “like a comet almost”.

A peculiar glowing flying object was apparently spotted in the sky above Florida on 14 July; the Naples Daily News noted that this "flurry of sightings" comes after weeks of "hardly anything" being reported in the region to the American Meteor Society.

The object was described by some eyewitness as a "fireball", and it seems that experts have already ruled out the possibility of it being related to Comet NEOWISE or the upcoming Perseids meteor shower.

"I can assure you that they are not related to the comet or the Perseid meteor shower next month," Tom Segur, director of FSW James & Barbara Moore Observatory said, as quoted by the newspaper.

Videos and images that appear to be depicting the spectacle in question soon emerged on social media.

​According to the newspaper, one eyewitness noted that the flying object had "a glowing tail like a comet almost”

"The tail was bright and glowing like the ball in front. Half-green. Half-blue", the witness said, describing the sight as "the coolest thing" he's seen.

Having examined a dashcam video depicting the flying object, Mike Hankey, operations director for the meteor society, told the newspaper that "it definitely looks like a natural fireball meteor".