‘Only Thing Green About Prince Harry Are His Wellies’: Sussexes Slammed for ‘Huge' Carbon Footprint 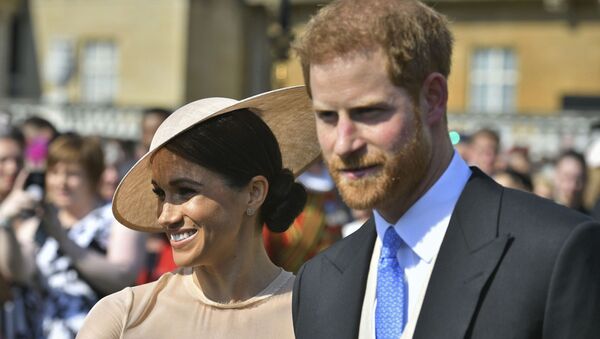 © AP Photo / Dominic Lipinski
Subscribe
The Duke and Duchess of Sussex faced criticism last year after newspapers claimed they took four private jet journeys in 11 days, including to Sir Elton John's home in Nice, weeks after Prince Harry insisted the couple would have two children "maximum" for environmental reasons and spoke on the importance of tackling climate change issues.

Prince Harry and Meghan Markle could be generating a carbon footprint 26 times that of the average British citizen, writes The Sun.

A study by a Lib Dem politician, former MP Norman Baker, claims the ex-royal “eco-warriors” generate around 215 tonnes of carbon dioxide annually from the flights they make, versus the UK average of 8.3 tonnes for one person. The actual scale of their emissions is estimated as even higher when including brief connecting flights and car trips. 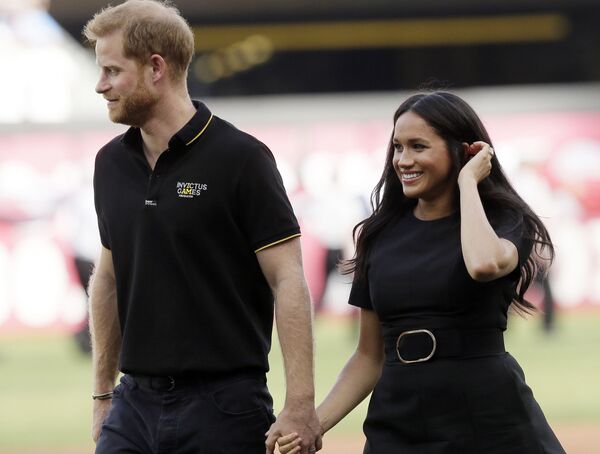 The Duke and Duchess of Sussex
© AP Photo / Tim Ireland

According to the study, the couple took at least 53 international flights in the 12 months ending on 31 January 2020.

Baker also pointed to the heat and carbon emissions from the 2,276 square metre (24,500 square  foot) LA mansion the couple have been residing at since landing on the West Coast, which belongs to American actor and producer Tyler Perry.

Prince Harry and Meghan Markle were also slammed on social media for reportedly using a “gas-guzzling” Cadillac Escalade during a day out in Beverly Hills.

“The only thing green about Prince Harry are his wellies (Wellington boots). The self-appointed eco-warrior, who likes to lecture everybody else on climate change, is in the top one percent of people on the planet for carbon emissions. He should cut the carbon and, if not, at least cut the crap,” Baker was quoted as saying.

While Prince Harry states he takes scheduled commercial flights “99 percent of the time”, the outlet writes that after 53 flights were analysed, 18 were believed to have been in private jets, which are suggested as being between seven and 20 times worse for individual CO2 emissions than commercial flights. 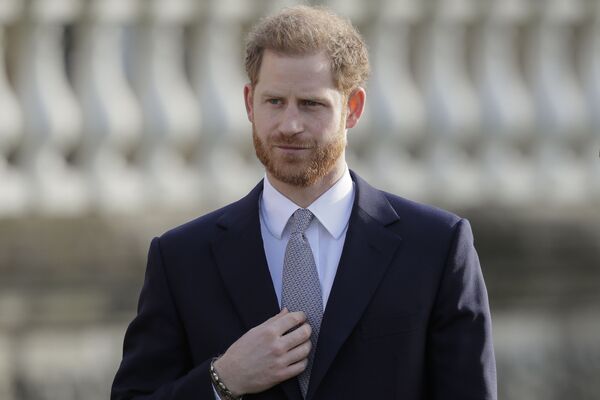 Britain's Prince Harry gestures in the gardens of Buckingham Palace in London, Thursday, Jan. 16, 2020. Prince Harry, the Duke of Sussex will host the Rugby League World Cup 2021 draw at Buckingham Palace, prior to the draw, The Duke met with representatives from all 21 nations taking part in the tournament
© AP Photo / Kirsty Wigglesworth

Baker has dismissed Prince Harry’s claims he compensates for emissions by donating cash for trees to be planted, saying a typical tree absorbs 20 kg of carbon a year, theoretically requiring the globe-trotting couple to plant 10,745 trees annually.

There has been no official comment on the report from the Duke and Duchess of Sussex.

Previously, self-proclaimed “eco-warriors” Prince Harry and Meghan Markle had sparked accusations of hypocrisy and claims that they did not lead by example.

Prince Harry reportedly spent £6,000 on a helicopter trip to Birmingham in March 2019 just days before addressing a children’s audience on climate issues, saying:

“Climate change is a humanitarian issue and one where we’ve been far too slow in waking up to and acting on the damaging impact our living is having on the world.”

Meghan Markle, in turn, made a speech at the Girl Up Leadership Summit on 14 July, urging young women “to build each other up," and work together “… to not only frame the debate, but be in charge of the debate on racial justice, gender, climate change…”

After speaking for last September’s issue of British Vogue on climate change issues, and saying he and his wife would have two children "maximum" for environmental reasons, Prince Harry was slammed for flying on a private jet to Nice for a vacation at musician Elton John's house, the couple’s second reported use of a private jet that summer.

New pictures show Meghan Markle and Prince Harry taking their FOURTH gas-guzzling flight in 11 days as they board private jet with baby Archie 'after staying at Elton John's £15m mansion in south of France' https://t.co/a4wrM2738y via @MailOnline pic.twitter.com/6GYJaxagkm

​After the decision by the Duke and Duchess of Sussex in early January to “step down as senior royals” and work to become financially independent, splitting their time between the UK and North America, the royal couple were reproached for potentially moving to increase their carbon footprint, as reports claimed if the royals took three first class trips a year between London and Toronto, they would clock up an annual carbon footprint of 20.31 tonnes each annually, which would be almost triple the 8.34 tonnes of the average British person.