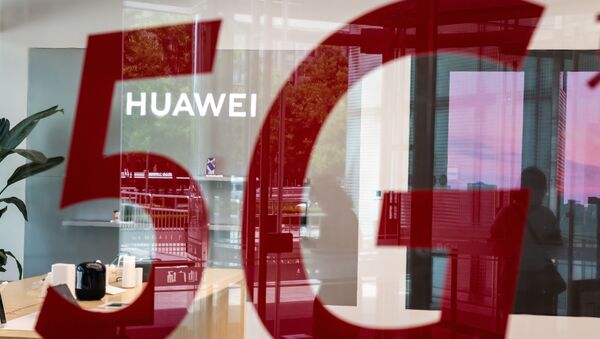 The day before, a spokesman for Prime Minister Boris Johnson stated that the risk of US sanctions prompted the UK to change its position on allowing Huawei to build part of the country's 5G infrastructure.

A spokeswoman for the Chinese Foreign Ministry, Hua Chunying, slammed on Thursday the UK's stance on Huawei's role in building the country's 5G infrastructure, stating that Britain has lost its independence.

The spokeswoman added that the UK government should make responsible decisions in line with its long-term interests.

The UK formally permitted the Chinese tech giant to take part in the construction of its 5G mobile communications and internet infrastructure earlier this year despite warnings from Washington that this would endanger intelligence-sharing cooperation between the Five Eyes intelligence alliance (which along with Britain and the US also includes Australia, Canada and New Zealand).

However, following months of debate and pressure, the UK announced a ban on Huawei 5G infrastructure starting in late 2020, citing alleged threats to "the long-term security of our telecoms." Existing Huawei 5G equipment already installed is expected to be removed by 2027.

The UK is one of multiple US-allied and partner nations which the Trump administration has pressured to stop doing business with Huawei after the US itself slapped restrictions on the company and classified it a threat to national security.

Pompeo Says US Will Impose Sanctions on Some Huawei Employees
US allegations against the Chinese giant include claims that it has engaged in technology theft, and that its equipment may contain hidden code or other tools to allow the Chinese Communist Party to spy on the West.

Both Huawei and Beijing have denied these claims, accusing the US of unfair business practices, and suggesting that the US itself is the world's largest state eavesdropper, spying not only on adversaries but even its own allies.