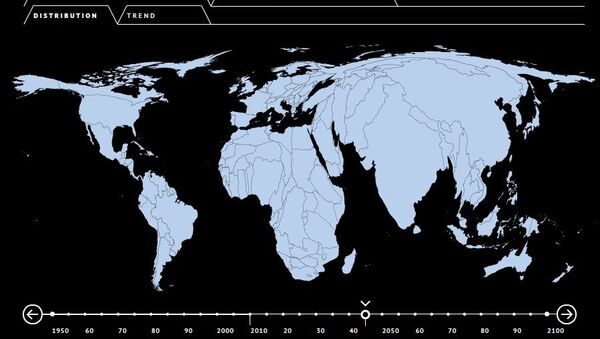 The new research emphasised the importance of population forecasts as a “planning and risk management tool” for governments, businesses, and individuals to chart their long-term future with a better understanding of potentially unfolding scenarios and their geopolitical impacts.

Shifts in economic power will be triggered by a decrease of the global population after the middle of this century, claims a new report in the medical journal The Lancet.

Data provided in the forecasting analysis for the Global Burden of Disease Study suggests that there will be around 9.7 billion people on the planet by 2064, but that the number will decrease to 8.8 billion by the year 2100, amid a slump in global fertility rates due to enhanced use of modern contraceptive methods and more widespread education among women.

23 countries, including Japan, Spain and Italy, are forecast to witness a decline of their population by more than half, according to the research.

China, along with another 34 countries, will see a population drop of more than 25 percent.

​The trend will not apply to sub-Saharan Africa, which is predicted as seeing close to three-fold population growth due to falling death rates and a growing number of women reaching child-bearing age.

In population growth, south and southeast Asia will concede their current positions as the most populated regions, with the nations of Africa predicted to take the lead. 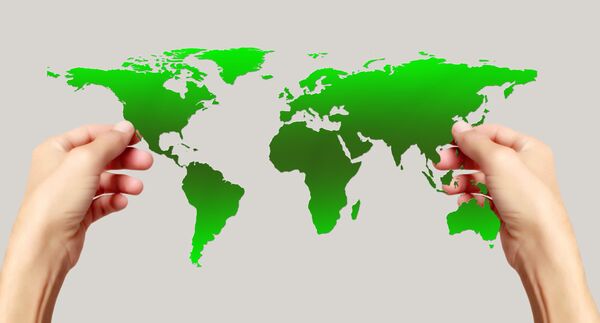 Map of the world
© Photo : Pixabay

North America is set to overtake the region comprising Central Europe, Eastern Europe and Central Asia, as the population of the latter region will be the lowest.
The most marked population drop is believed to be expected in Latvia (78 percent), and El Salvador (77 percent).

Despite a fall in population of around 300 million people, India, which currently boasts the world’s second-largest population, will reach the number one spot within a decade and remain there in the year 2100. 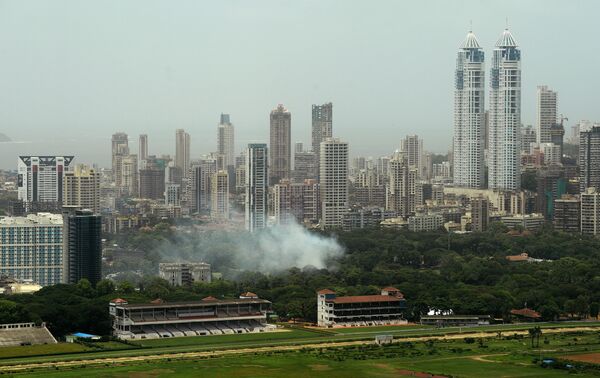 High-rise buildings are seen dotting the skyline of the Indian city of Mumbai on July 15, 2015
© AFP 2022 / PUNIT PARANJPE

China will only rank third in 2100, with its population predicted to dwindle by over 25 percent.
Nigeria, which currently has the seventh-highest population, will shoot up to second place by 2100.

As for age distribution across the globe, in stark contrast to today, when there are more young people than older people, the journal predicts that the population will become more middle-aged by 2100.

Over-80s are predicted to outnumber under-fives by a factor of two-to-one by 2100. This data marks a dramatic change in the working age population, set to impact countries such as China, Spain, the UK and Germany.

The shrinking size of their workforce may potentially stunt economic growth, bringing about geopolitical power shifts, as African and Arab countries surge ahead economically.

"Africa and the Arab World will shape our future, while Europe and Asia will recede in their influence. By the end of the century, the world will be multi-polar, with India, Nigeria, China, and the US the dominant powers… This will truly be a new world, one we should be preparing for today," Dr. Richard Horton, editor-in-chief of The Lancet, is quoted by Sky News as saying.

With a dramatically lower birth rate by 2100 in Western countries, such as the US, Australia and Canada, sustaining a working age population will possibly, writes the journal, require liberalising their stance on immigration.

"This important research charts a future we need to be planning for urgently. It offers a vision for radical shifts in geopolitical power, challenges myths about immigration, and underlines the importance of protecting and strengthening the sexual and reproductive rights of women. The 21st century will see a revolution in the story of our human civilisation,” said Dr. Richard Horton.