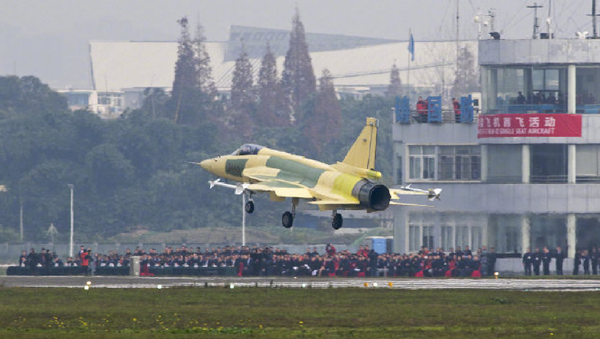 © Sina Military Weibo account
Subscribe
International
India
Africa
China has ramped up production of the JF-17 fighter jet, which was jointly developed with Pakistan. In the first half of 2020, the number of aircraft delivered was the most in the past five years, according to industry reports.

As of 30 June, the manufacturers of the JF-17 have on average shortened the production period of a single aircraft by 15 days compared to last year, China Aviation News, a newspaper affiliated with the state-owned Aviation Industry Corporation of China (AVIC), reported last week.

The latest, powered-up version of the JF-17, known as the JF-17 Block 3, made its maiden flight in December 2019, Aerospace Knowledge magazine reported.

In March 2019, Yang Wei, chief designer of the China-Pakistan co-developed fighter jet, said development and production of the JF-17 Block 3 was underway, and the third block will see the JF-17's information-based warfare capability and weapons upgraded.

Some other countries have also approached AVIC about purchasing the JF-17 Block 3, Yang said last year.

The article originally appeared in the Global Times.