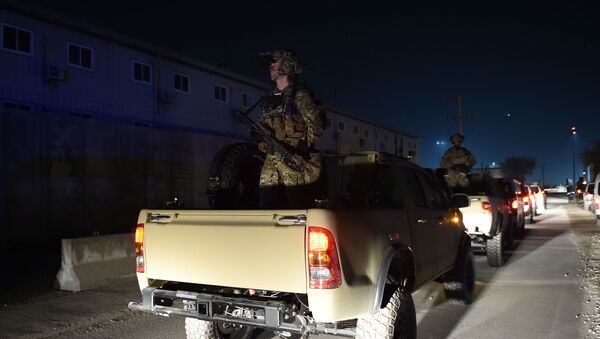 Since the United States first began its occupation of Afghanistan in 2001, remaining troops have had to aid the Kabul government in its fight against the Taliban regime. Washington is now prioritising an agreement with the Islamist group in an effort to end ongoing violence.

The US has closed down five military bases in Afghanistan as part of a deal with the Taliban agreed to more than four months ago, a White House representative revealed on Tuesday.

The agreement committed to the removal of US forces from bases within the first 135 days, said US President Donald Trump’s special representative to the talks, Zalmay Khalilzad.

We have reached Day 135, a key milestone in implementation of the U.S.-Taliban Agreement. The U.S. has worked hard to carry out the 1st phase of its commitments under the Agreement, including to reduce forces & depart five bases. NATO troops have come down in proportional numbers

​As well as a reduction in forces and the departure from 5 bases, NATO troops would also be reduced in "proportional numbers", Khalilzad tweeted

According to Afghan media outlet Tolo, the five now-closed military institutions are located in the south and east of the country, in the Helmand, Uruzgan, Paktika and Laghman provinces. The significantly larger US bases in Bagram, outside of the capital - Kabul, and Kandahar Air Field - remain operational.

As part of their dedication to reducing troop presence, the US cut their number of troops to 8,600, a significant reduction from 100,000 in 2010.

The Afghan Islamist group attacked a government facility in Samangan province's capital Aybak, nearby the office of the National Directorate of Security (NDS), just a day before the withdrawal, resulting in the deaths of 11 security employees and wounding around 63 civilians, including children, according to media reports.

Khalilzad condemned the attacks on Monday, amid rising violence between the Taliban and Afghan forces in recent months.

​"Violence has been high, especially in recent days & weeks. Afghans continue to die in large numbers for no reason. The Taliban's attack today in a provincial capital contradicts their commitment to reduce violence until a permanent ceasefire is reached in intra-Afghan talks", the US representative said.

The fighting has seen the release and exchange of prisoners on both sides as part of the US-Taliban arrangement. The Afghan government has let 4,199 detained Taliban free and the rebel group in turn released 779 pro-government servicemembers, according to Al Jazeera.

Despite the exchanges, talks of a peace agreement have been deadlocked, delaying the original March initiation date.