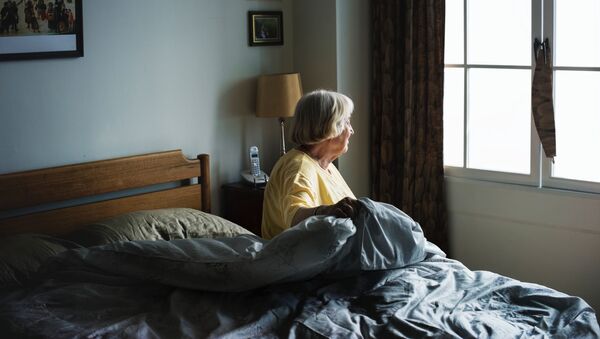 Despite trade unions ringing the alarm bells about workers with a foreign background having a poor command of the Swedish language, leading to problems within healthcare even before the coronavirus outbreak, the Swedish government refuses to evaluate the situation.

The poor language skills of staff at a retirement home for the elderly may have exacerbated Sweden's problems during the coronavirus crisis, the Swedish Health and Care Inspectorate (Ivo) said in a review.

“There were special challenges in getting information through to employees because it was difficult to understand due to language confusion,” Ivo unit manager Anna Karin Nyqvist explained to the newspaper Expressen.

At the end of June, a municipal investigation in the city of Eskilstuna linked extensive deaths at Djurgården nursing home to language-impaired staff who speak a language other than Swedish as their mother tongue, the newspaper Aftonbladet reported. The Covid-19 outbreak at Djurgården caused 29 deaths and was likened to a “bomb explosion”.

However, the extent to which language confusion caused problems, and possibly contributed to the spread of the  corona infection and deaths among the elderly, is not clear.

“In this situation, we have not asked specific questions about this”, Anna Karin Nyqvist said. “It is possible that we see such things when we go ahead and do an in-depth review, or when we have made a proper compilation of the answers from medically responsible nurses. We have seen such problems in other types of inspections before.”

Education Minister Anna Ekström, speaking on behalf of the government, said that she does not yet want to evaluate the effect the language confusion during the pandemic.

“It is too early to draw far-reaching conclusions right now, but the coronavirus pandemic has clearly shown the need for investment in elderly care. Then it is of course important that those who take care of our elderly speak good Swedish,” she said.

Previously, the trade union Kommunal rang the alarm bells about the lack of language skills among employees in elderly care, a phenomenon described as “common”. Due to the lack of knowledge of Swedish, some companies have been forced to use visual instructional videos so that staff can understand how to behave during a virus pandemic.

When asked in a questionnaire whether the employer ensures that the language skills of the person being recruited are sufficient, only 14 percent of the surveyed medical professionals said yes. Also, wholly 73 percent said maintained that language deficiencies lead to problems in the quality of care, nursing and patient safety.

“Ordinary staff do not always know or cannot trust that information about what should be done or how certain things should be done and to whom has been received correctly. Medication management can also be wrong, when people do not understand instructions and cannot read and understand text instructions in texts,” one of the safety representatives said.

According to the medical newspaper Sjukhusläkaren, the share of doctors with a migrant background was 25 percent already in 2015 and has been rising steadily. Meanwhile, numerous Swedish politicians and journalists have been betting on migrants to “save” the severely understaffed Swedish healthcare. Demand in elderly care is expected to increase dramatically, especially after 2020, when the age group in need of care (people 80 years and older) begins to grow.

In its standalone approach to COVID-19, Sweden became one of the few nations to skip any lockdowns whatsoever. However, despite the extra precautions taken to protect the elderly, over 90 percent of Sweden's fatalities were aged 60 and over, especially at retirement homes and nursing homes. This sparked bitter criticism, not least from medical professionals, who suggested that the authorities “knowingly abandoned” elderly Swedes. So far, Sweden has had close to 76,000 confirmed coronavirus cases and over 5,500 deaths, more than its neighbours combined.