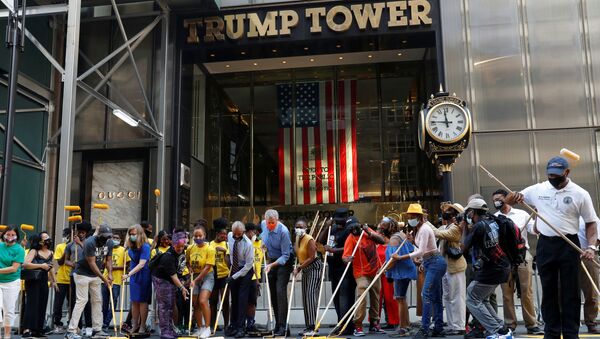 An unknown person doused with red paint the letters of the large yellow inscription saying Black Lives Matter, which appeared last week on Fifth Avenue directly outside the Trump Tower in New York, with local authorities having already restored the inscription.

Commenting on the incident, New York Mayor Bill de Blasio said on Tuesday that the Black Lives Matter movement was "more than words," and it could not be undone.​

According to the NBC New York broadcaster, the New York Police Department has already launched an investigation into the incident.