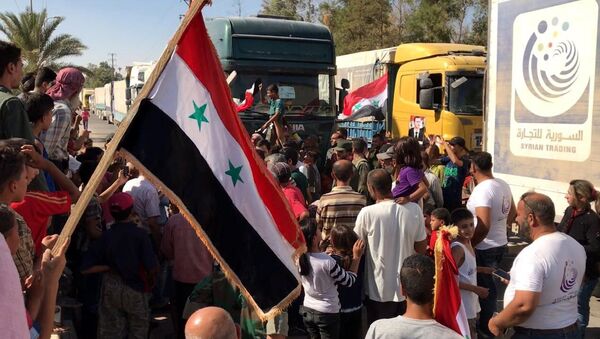 Finian Cunningham
All materials
There is a growing humanitarian crisis in Syria. The best way to alleviate the country’s suffering is to end all unilateral economic sanctions imposed by the United States and the European Union.

After nine years of war and millions killed, wounded or displaced, Washington and Brussels insist on impeding Syria's reconstruction by extending economic and diplomatic sanctions on the Arab nation. Is it any wonder that the country is beleaguered?

Yet at the UN Security Council, the recent wrangling over humanitarian aid was a circus of hypocrisy among Western powers. Ironically, Russia and China were accused of exacerbating Syria's suffering because they vetoed draft resolutions put forward by Germany and Belgium and supported by the US, Britain and France which would have kept open two UN aid corridors from Turkey into Syria.

In the end, the Security Council accepted Russia and China's proposal for only one cross-border supply route to be operated. 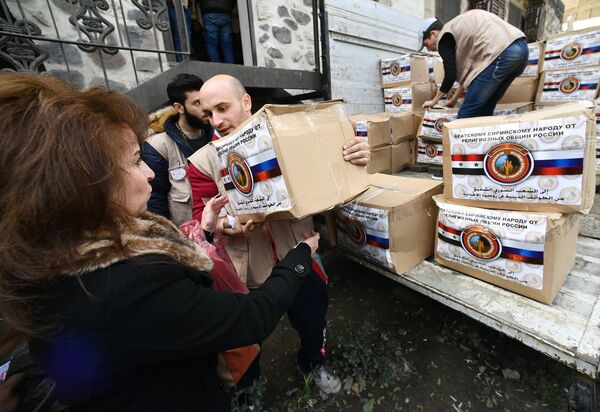 Kelly Craft, America's ambassador to the UN, decried the Russian and Chinese vetoes as a "stain on humanity". Other Western diplomats issued alarming statements claiming that thousands of Syrians would die from deprivation.

The level of hypocrisy here is astounding. The unilateral sanctions imposed on Syria by the US and the EU are crippling that country, yet the Western powers are using the crumbs of so-called humanitarian aid as a way to make themselves appear "concerned" and "magnanimous" about relieving suffering.

Russia and China are right. The most effective way to help Syria is to respect the country's sovereignty and to coordinate aid with the government in Damascus. But to do that contradicts the unlawful imposition of unilateral sanctions by America and Europe on Syria.

The problem is that neither Washington nor Brussels respects the sovereignty of Syria, which is a grave violation of the UN Charter. The Western powers take it upon themselves to not recognise President Bashar al-Assad and the government in Damascus as legitimate. That is a wholly illegitimate position of the Western states, comparable to their equally untenable and arbitrary position of not recognising Nicolas Maduro, the elected president of Venezuela.

What the proposed "aid" corridors into Syria are doing, in effect, is undermining the authority of the Syrian government and the nation's territorial integrity. As Moscow and Beijing contend, those aid routes should be wound down. There were previously four routes from Turkey, Iraq and Jordan, now reduced to just one.

There is no logistical reason why international humanitarian aid to Syria cannot be channelled through the central government. Thanks to the principled military intervention by Russia and Iran in the nine-year war, the Syrian government has recovered control over much of its territory.

The last hold-out of "rebels" is in the northwest of the country. These "rebels" are largely comprised of internationally proscribed terror groups. Even US military commanders publicly concede this. 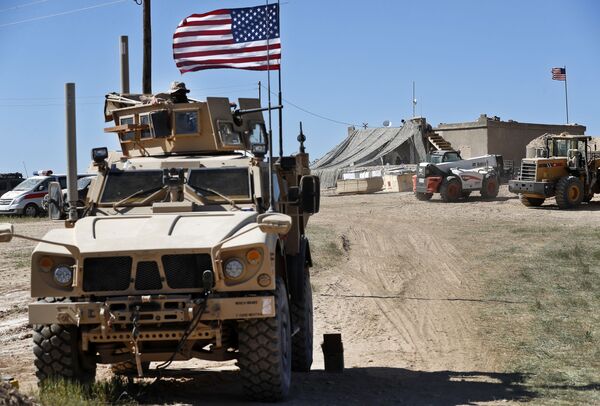 A U.S. soldier, left, sits on an armored vehicle behind a sand barrier at a newly installed position near the tense front line between the U.S-backed Syrian Manbij Military Council and the Turkish-backed fighters, in Manbij, north Syria, Wednesday, April 4, 2018.
© AP Photo / Hussein Malla

Admittedly, there are many civilians still caught up in the diminishing territory held by the militants. But the most effective way to deal with humanitarian problems is for the Syrian government to be allowed to reclaim its territory and put an end to a futile insurgency.

Moreover, that insurgency was fomented and backed covertly by Western powers deploying terrorist mercenaries for regime change in Syria. One suspects that the real agenda behind Western "humanitarian concerns" for aid corridors is to keep alive an insurgency which has been all but defeated.

But the ultimate test of integrity is for Western governments to lift their barbaric sanctions off Syria. Their Neo-colonial attitude of branding a country’s leadership as illegitimate is part of the problem. And their sanctimonious preaching about "suffering" is sickening.