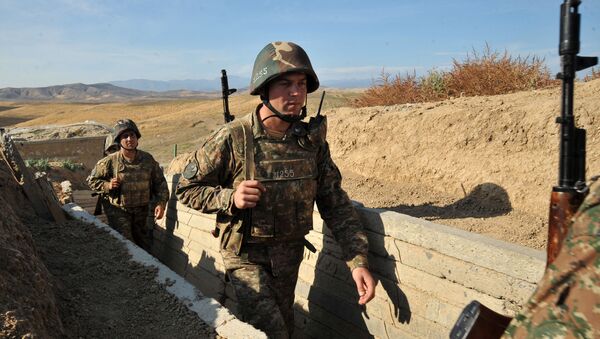 MOSCOW (Sputnik) - Moscow is seriously concerned about the recent escalation of the situation at the Armenian-Azerbaijani border and is ready to provide the necessary assistance to promote stabilisation, the Russian Foreign Ministry said on Monday in a statement.

"The Russian Foreign Ministry expresses serious concern about the sharp aggravation of the situation at the Armenian-Azerbaijani border on 12 July. According to incoming information, hostilities continue. Artillery is used. There are killed and injured. We express our condolences to the families and friends of the victims", the statement said.

The ministry noted that Moscow considers further escalation, which threatens the security of the region, to be unacceptable.

"We urge the warring parties to exercise restraint and adhere strictly to the ceasefire. For its part, the Russian Foreign Ministry is ready to provide the necessary assistance to stabilise the situation", the ministry added. 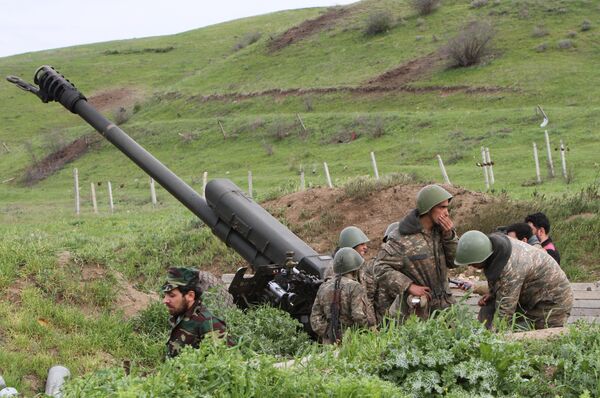 The statement comes after Armenian Prime Minister Nikol Pashinyan stressed that the leadership of Azerbaijan was responsible for the consequences of the recent escalation at the border.

"The military and political leadership of Azerbaijan will be fully responsible for the consequences of regional destabilisation ... we are concerned about Turkey’s position aimed at provoking destabilisation in the region, reflected in the statement of the Foreign Ministry of this country, which expresses unconditional support for the actions of Azerbaijan with obvious and traditional anti-Armenian logic," Pashinyan said at an extraordinary government meeting.

Earlier in the day, Armenian Defence Ministry spokeswoman Shushan Stepanyan said that Azerbaijan resumed the shelling of the Armenian positions since Monday morning after two-three hours of pause, adding that the Armenian forces had retaliated.

The spokeswoman also said that during the recent talks with Personal Representative of the OSCE Chairperson-in-Office Andrzej Kasprzyk, Defence Minister Davit Tonoyan informed the ambassador that the Armenian forces had been instructed to remain restrained for the time being, and in case of provocations at the border, react as necessary. 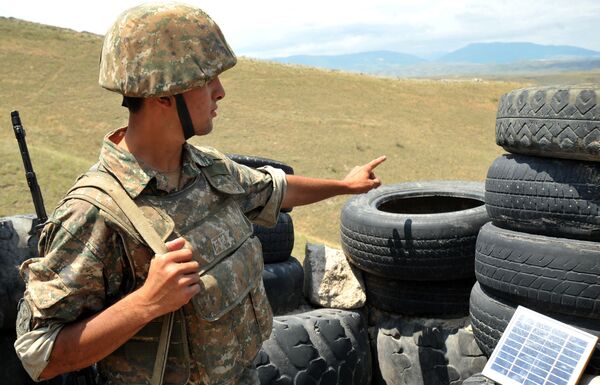 An Armenian soldier of the self-proclaimed republic of Nagorno-Karabagh stands in a trench at the frontline on the border with Azerbaijan near the town of Martakert, on July 6, 2012.
© AFP 2022 / KAREN MINASYAN

On Sunday, the Azerbaijani Defence Ministry said that the Armenian military opened fire in the direction of the Tovuz region of the Azerbaijani-Armenian state border, provoking clashes that resulted in losses on both sides. Baku states that three Azerbaijani servicemen died in the clashes, with Armenia suffering losses as well. At the same time, Yerevan insists it has lost servicemen, while Armenia has not recorded any fatalities.