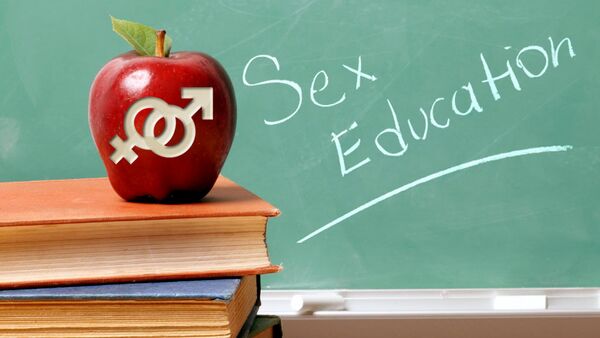 "Many parents are concerned about the imposition of an extreme LGBT ideology on our children through the education system. We are also concerned about a government that wants to bring in legislation that allows for gender re-assignment for children under 16 without their parents' consent ... they want to bring in a radical relationship and sexuality program, which seems like a window into perversion. They want to impose this as an ideology", Kelly, who also spoke at Saturday's "March for Innocence" protest in Dublin, said.

According to the politician, parents faced "wake up call" earlier in July when it came out that the minister for children was pictured at a Pride March in Dublin in 2018 with Peter Tatchell, who has been accused of trying to promote paedophilia over the last three decades. Kelly added that the Irish Freedom Party and the Irish people would not tolerate under any circumstances the imposition of a programme or legal framework that is either soft or actually promotes paedophilia through the country's legal system or through its schools.

Commenting on the minister's remark regarding his links with Tatchell, Kelly said that O'Gormans claim of ignorance made little sense, adding that the official's branding of those criticising him as "far right" and "homophobes" was also unacceptable.

"O'Gorman has really just resorted to name calling online, saying 'oh you are a homophobe' towards those questioning him ... but one of the speakers at the march on Saturday, Paddy Manning, is a gay man but he is disgusted by the idea of promoting paedophilia. So it is crucial that concerned parents stand up and protect their children against the imposing of this perverse ideology on children", the politician added.

Tatchell himself has consistently proven to be a controversial figure worldwide following repeated incidents where he has appeared to endorse sexual activity with children, having written in the Guardian in 1997 in defence of a book, "Dares to Speak," that it was "courageous" for challenging "the assumption that all sex involving children and adults is abusive."

The Australian-born activist has also repeatedly called for the age of consent in the UK to be lowered to 14, having written an obituary in 1998 for the co-founder of the now defunct "Paedophile Information Exchange" (PIE), Ian Dunn. Tatchell is also the author of an essay appearing in the book "Betrayal of Youth" published by then PIE member Warren Middleton, although he has since claimed he was unaware of Middleton's affiliations.

For his part, O'Gorman, wrote on Twitter last week that he had only met Tatchell "once and took a photo," claiming he was "surprised to read some the quotes from the 90s, which I had not read before" adding that "any of those views would be completely abhorrent to me" and that Tatchell had since "clarified" that "what is being alleged isn't his view."

Meanwhile, according to Tatchell, his controversial Guardian letter "was edited", but he still opposes any form of paedophilia, stressing that sex with children was unacceptable.

"My Guardian letter in 1997 was edited but it still says sex with children is 'impossible to condone'. This means I oppose and condemn it. Adults should never have sex with children. Paedophilia disgusts me", he said, adding that he would not have written Ian Dunn's obituary if knew about his links with paedophile organisations, while his remarks about the age of consent were "grossly misrepresented on social media."

The activist stated that he had been always supporting victims of child sex abuse and participating in justice campaigns for them.

"They would not have accepted my support if they thought I was sympathetic to paedophilia. I have also proposed new ideas to help combat child sex abuse, including in schools, giving pupils the knowledge, skills and confidence to refuse sex and report abusers", Tatchell noted.

​Protesters gathered in Dublin last Saturday to call for the resignation of the minister following the recent exposure of his apparent links with Tatchell. According to the politician, O'Gorman's connection with the activist was entirely inappropriate given his past in allegedly "condoning paedophilia," in the process blasting government plans to introduce new educational programs alongside laws that will make it easier for minors to legally change their gender.

The new coalition government of Fianna Fail, Fine Gael and the Green Party have plans to introduce legislation to make it easier for teenagers to change their gender, which was proposed last month. Under the existing Programme for Government (POG) between the coalition parties, legislators will now "remove the need for a person aged 16 and 17 years to have two specialist reports before they can apply for legal gender recognition, by providing for self-declaration, with parental consent and by making mediation available on a voluntary basis." The POG also promises to introduce an "an inclusive programme on LGBTI+ relationships" at the primary school level and onward.

000000
Popular comments
Irish have the courage not only to speak out against this injustice but also to do something about it. Well done - cut down these so called "politicians" which are only a vehicle for spreading LGBT across the West.