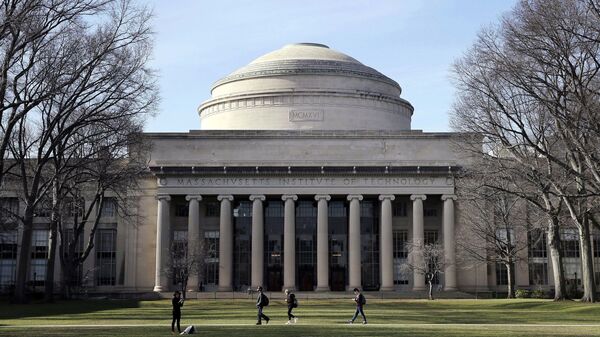 WASHINGTON3 (Sputnik) - A group of 18 US states sued to halt the Trump administration rule that threatens to bar hundreds of thousands of international students from studying at universities in the United States and plan to rely on remote learning during the novel coronavirus pandemic.

"The lawsuit details the substantial harms that the new rule places on schools and students. It also alleges that the federal government’s actions are arbitrary, capricious, and an abuse of discretion because they reverse previous guidance without explanation, input, or rationale," Massachusetts Attorney General Maura Healey said in a press release on Monday.

The Immigration and Customs Enforcement agency (ICE) announced earlier in July that international students can no longer live in the United States and take all of their classes online during the pandemic, reversing earlier guidance that gave holders of student visas flexibility during the crisis.

"Massachusetts is home to thousands of international students who make invaluable contributions to our educational institutions, communities, and economy. We are taking this action today to make sure they can continue to live and learn in this country," Healey said in the release.

Massachusetts boasts Harvard University and the Massachusetts Institute of Technology (MIT), which have previously sued the Trump administration to block enforcement of the rule. Other institutions including Yale University have since joined the effort by filing briefs backing the lawsuit.

Some schools have also begun drafting plans to allow students to take one in-person class, free of charge, to comply with the rule, according to media reports.

The rule reflects the Trump administration effort to force classes for kindergarten through university students to open for the new school year beginning in September.