Trump Says 240 Miles of Wall on Border With Mexico Complete 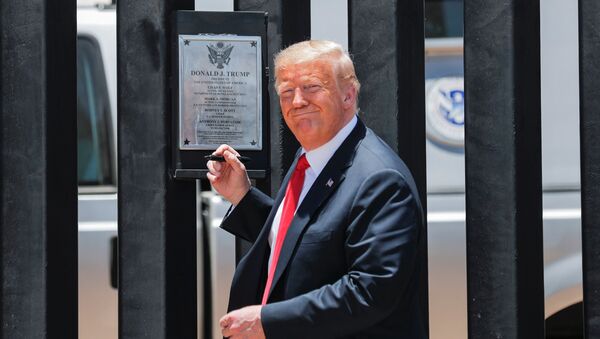 MOSCOW (Sputnik) - US President Donald Trump said last month that that the wall on the southern border has helped curb illegal immigration and the novel coronavirus disease (COVID-19) outbreak.

A 240-mile section of the wall on the border with Mexico is complete, with the United States planning to have over 450 miles built by the end of the year, President Donald Trump said on Sunday.

​Building a wall on the US-Mexican border was one of Trump's core campaign promises. The US leader has repeatedly said the wall helps to curb illegal immigration, human and drug trafficking. The president earlier promised that Mexico would fund the project, which did not happen.

His opponents in the Democratic Party, in turn, call the project "racist" and seek to block its funding, accusing the president of manufacturing a fake migration crisis.