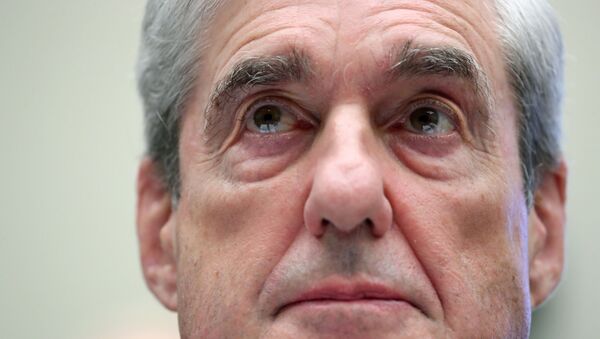 The statement comes after former special counsel Robert Mueller published an op-ed supporting the prosecution of Roger Stone, who was convicted following his investigation into alleged US-Russia collusion.

Senate Judiciary Committee Chairman Lindsey Graham has said that the Democrats' request about testifying on the Russia investigation will be granted.

"Apparently Mr Mueller is willing, and also capable, of defending the Mueller investigation through an op-ed in the Washington Post", Graham said on Sunday. "Democrats on the Senate Judiciary Committee have previously requested Mr Mueller appear before the Senate Judiciary Committee to testify about his investigation. That request will be granted."

In his op-ed published in the Washington Post on Saturday, the former special counsel calls Roger Stone a "convicted felon" and says that the Russia investigation was "of paramount importance". He claims that his report "did prove" that Russia was interested in securing a Trump presidency and that Trump's campaign wanted to get the advantage of "information stolen and released through Russian efforts".

Following Mueller's op-ed, the White House released a statement pointing to the fact that the Mueller report failed to find any evidence of collusion between the Trump campaign and Moscow, blaming the Obama-era administration for wasting taxpayer money digging into Trump campaign.

"Robert Mueller and his corrupt investigation failed to hold anyone in the Obama-Biden Administration accountable for their negligence toward Russian interference or for spying on the Trump Campaign based on a Democrat-funded dossier full of lies, and instead wasted taxpayer dollars trying to undo an election", the statement said. "Mr Mueller should keep his promise to the American people and let the report, which fully exonerated the President, stand instead of pontificating in the editorial pages with more spin."

On Friday, President Trump signed an executive order commuting Stone's 40-month jail sentence for obstructing the Mueller probe. Trump has argued that he was a victim of an "illegal witch hunt" and should have never been convicted.

Roger Stone was targeted by an illegal Witch Hunt that never should have taken place. It is the other side that are criminals, including Biden and Obama, who spied on my campaign - AND GOT CAUGHT!

The almost two-year Mueller probe concluded that no proof was found of the alleged collusion between President Trump and Russia during the 2016 presidential campaign.

The White House said on Friday that since Mueller and his team failed to produce evidence of the US-Russia conspiracy, they decided instead to prosecute Stone for obstructing the probe.