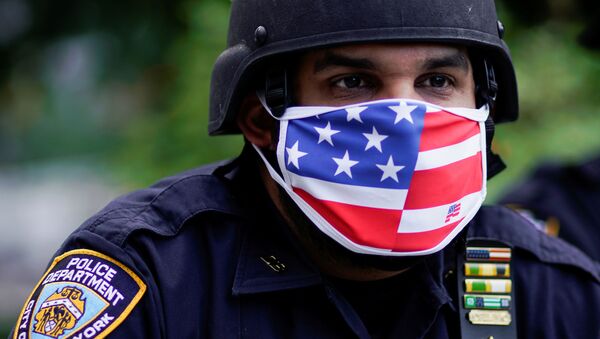 A counter-protest organised by Black Lives Matter is expected to take place later in the day. Demonstrations against police brutality erupted across the nation in late May, sparked by a video of the death of African-American man George Floyd in police custody in Minneapolis.

Sputnik is live from New York City’s Crocheron Park, where protesters have gathered to march in solidarity with the police.

The march comes on the heels of Blue Lives Matter rallies on Saturday across the country, which were countered by Black Lives Matter protesters.

Blue Lives Matter emerged in response to the Black Lives Matter movement, which has organised protests against police brutality and demanded the defunding of police forces and the implementation of significant policing reforms in the United States.