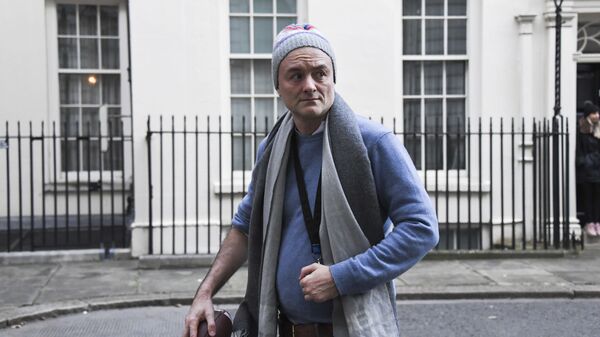 The prime minister’s chief adviser has declined to explain the reason for the payments to Faculty, made in instalments over two years, and the firm itself is also remaining tight-lipped on the question.

A private company owned and controlled by Dominic Cummings paid over a quarter of a million pounds to Faculty, the artificial intelligence firm that worked on the Vote Leave campaign, The Guardian has revealed.

Faculty made headlines earlier in 2020 when it was given a central role in the government’s response to the coronavirus crisis, conducting data modelling to help officials respond to the pandemic – in all, at least 13 Whitehall contracts worth around £3 million have been awarded to the company. In all, it’s worked on more than 30 projects with public bodies since 2016, although the firm dismisses suggestions it received any preferential treatment from the prime minister’s chief adviser, and claims all work it’s conducted for the government had been won fairly and properly through tender and procurement processes.

Retweet if you haven't forgotten about Dominic Cummings and still think he should resign or be sacked.

​However, Faculty also received payments from Dynamic Maps, Cummings’ private consultancy firm – one company document seen by The Guardian indicates it reaped almost £260,000 from Dynamic Maps 2018 – 2019 alone, a year after it was set up by Cummings to provide “information technology consultancy activities”.

Faculty was founded in 2014 as a fellowship and mentoring startup called ASI Data Science, which seconded physics and maths PhD graduates from top universities with a client company that might subsequently hire them. If they were recruited, ASI received a fee.

Cummings, who’s often written on his blog about the benefits of using science, technology, data and artificial intelligence to improve decision-making in government, recruited Faculty to work on Vote Leave in 2016.

After Cummings was appointed chief adviser to Boris Johnson in 2019, Ben Warner, a Faculty data scientist who worked with him on Vote Leave, was hired as a Downing Street data adviser to No 10 – his brother Marc is the cofounder and chief executive of Faculty. The company’s shareholders also include two current and former Conservative ministers – John Nash, minister for schools 2013 – 2017, and his successor Theodore Agnew. Its services are known to have been employed by PR firm Hanbury, which was co-founded September 2016 by Paul Stephenson, Vote Leave’s director of communications, and is currently helping recruit of special advisers for Downing Street.

Boris Johnson gave £11 million to a pair of Dominic Cummings old Vote Leave buddies for our app - and it doesn’t work.

Why do they have to be so blatantly corrupt and grotesquely incompetent?

​A nameless Department of Health source told The Guardian Marc Warner frequently “bragged” about being close with Cummings in meetings, and strongly implied he had the personal support of the prime minister’s chief adviser.

“On becoming a special adviser, Cummings started a new job and gave up any commercial roles; the necessary steps have rightly been taken to wind down his previous company. Special advisers have no role in authorising the expenditure of public funds,” they added.

Ironically, The Scott Trust, which owns of The Guardian, is the sole investor in GMG Ventures, an early stage independent venture capital fund set up to invest in start-ups “at the intersection of media and technology” that’s also a minority shareholder in Faculty.