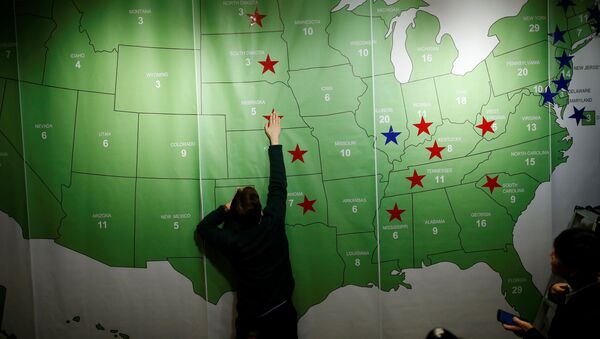 Chris Summers
All materialsWrite to the author
The United States will hold a presidential election on 3 November, with incumbent Republican Donald Trump up against Joe Biden, the Democratic challenger and possibly Kanye West, standing as an independent. The actual election system is unchanged since 1803.

Many voters will go to the polls in November ignorant of or baffled by the system which is used to choose the US President.

Presidents in Russia, Argentina, Brazil, Indonesia, the Philippines are all elected by direct vote and France also introduced direct presidential elections in 1954, when Charles de Gaulle founded the Fifth Republic. 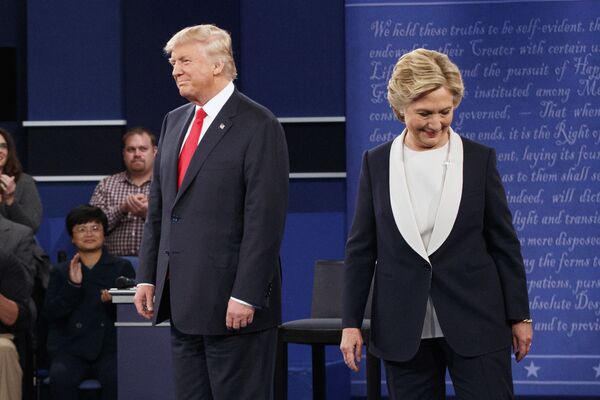 In 1803 the 12th Amendment to the US constitution amended the system slightly, to allow for separate votes for President and Vice President.

My predictions for Nov. 3rd:

​So how exactly does it work?

When voters go to the polls on election day in November they will not actually be voting for Donald Trump or Joe Biden (or Kanye West, if he makes it onto the ballot paper).

​When a candidate wins the majority of votes in a certain state the electors from that state are all supposed to cast their ballots for that candidate.

These numbers have changed over the years as the populations of each state has gone up or down.

The person with the most votes should win. Period. We should abolish the Electoral College.

It is a "winners takes all" system, so in 2016 when Hillary Clinton won the most votes in California all of the state’s 55 electors cast their votes for her, while Florida voted for Donald Trump and therefore got 29 votes from its electors.

But 10 maverick electors refused to cast their votes for either Trump or Clinton - these are known as "faithless" electors.

“On his present trajectory, Trump is heading for a whopping defeat in Nov. The Economist says there’s nearly a 99% chance that Joe Biden will win more popular votes & a 90 percent chance that he will win more electoral college votes. But what if Trump won’t concede defeat?

In Hawaii one faithless elector picked Bernie Sanders - who had lost the Democrat nomination race to Clinton - while in Washington state one elector picked Faith Spotted Eagle, a Native American activist and opponent of the Dakota Access pipeline, and three chose Colin Powell, the Republican former Secretary of State.

But in early July 2020 the US Supreme Court ruled unanimously against the 2016 faithless electors, who had claimed the Founding Fathers had meant for an elector’s choice to be a matter of discretion.

Supreme Court makes it official: The Electoral College is an anachronism https://t.co/YGtWumWCrT

​Justice Elena Kagan, who wrote the Supreme Court’s decision, said of the Founding Fathers’ original philosophy: "All that they put down about the electors was what we have said: that the states would appoint them and that they would meet and cast ballots to send to the capitol. Those sparse instructions took no position on how independent from - or how faithful to - party and popular preferences the electors’ votes should be."

Different states have different fines for faithless electors - in Washington state they can be fined up to US$1,000 for ignoring the wishes of the electorate.

Looks like SCOTUS has unanimously affirmed the ability of states to punish "faithless electors" -- folks who switch their vote from one presidential candidate to another. Opinion by Justice Kagan

​To make matters even more confusing, two states - Maine and Nebraska - do not conform to the "winner takes all" system.

So in 2016 Clinton won most voted in Maine but only got three electoral college votes there, with one opting for Trump.

In 2008 Nebraska had also had a split vote - four electors cast their ballots for the Republican John McCain while one went for the winner, Democrat Barack Obama.

9 to 0 judgment at the Supreme Court upholding the rights of states to enforce electoral college rules. Ten "faithless" electors defied the popular vote in their state in 2016

​But why did the Founding Fathers opt for this system, rather than a simple direct vote, when they drew up the constitution in Philadelphia, the US’s first capital?

In 2016 Akhil Reed Amar, a professor of constitutional law at Yale, wrote an essay in Time magazine in which he said that “the real demon” which influenced the choice of the electoral college was slavery.

The Electoral College literally exists due to slavery. It's outdated. Slavery was abolished a long time ago. It's time to give the power to the citizens. One citizen = one vote. https://t.co/v2S01D4InP

One of the founding fathers, James Madison from Virginia, proposed that the southern states should be able to count its slaves - who obviously could not vote - in their population so they would get more electoral college votes.

The compromise was that black slaves would count as three-fifths of a white person.

As Professor Reed Amar wrote, in the New York Times in 2019: "It is true, as some have noted, that some Northerners manipulated the vote in that election to their advantage, but that does not erase the ugly fact that the South had extra seats in the electoral college because of its slaves."

When the US constitution was first drawn up there were no political parties in the US, which had only just thrown off rule by Britain.

But in 1800 two parties - the Democratic-Republicans (better known as Republicans), led by Thomas Jefferson, and the Federalists, led by the incumbent President John Adams - faced off for the first time.

​The Federalists would later wither away and in 1828 the Democratic-Republican party itself broke apart, with the Republicans choosing John Quincy Adams, from Massachusetts as their presidential candidate, and the new Democrat Party picking Andrew Jackson, from Tennessee.

Over the next 30 years the divisions between Republicans and Democrats became more and more geographical - the former drawing support from the North and the latter from the South - and linked to different visions of the US.

The Democrats wanted an agrarian society - which would maintain slavery - while the Republicans aspired to a more industrial society. 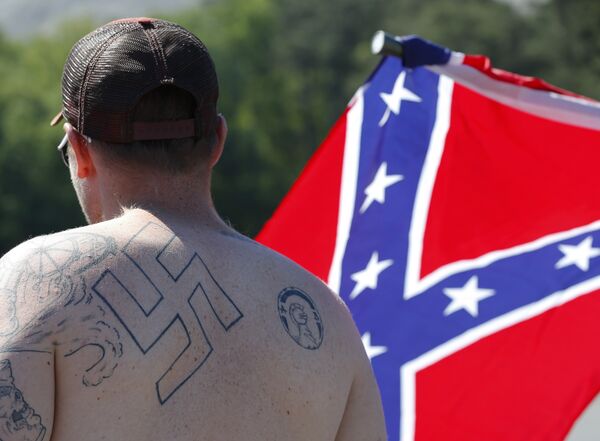 supporters of the US Confederate flag, expecting the Ku Klux Klan to show up, participate in a rally in Georgia
© AP Photo / John Bazemore

These divisions would eventually lead to the US Civil War.

Ironically today most African-Americans tend to vote for the Democrats and few vote for the Republicans, the party of Abraham Lincoln, who freed the slaves.

In two of the past five US presidential elections the winning candidate has lost the popular vote - in 2000 and 2016 - something which had not previously happened since 1888.

Earlier this month The Economist said there was an 11 percent chance of Trump being re-elected this year while again losing the popular vote.