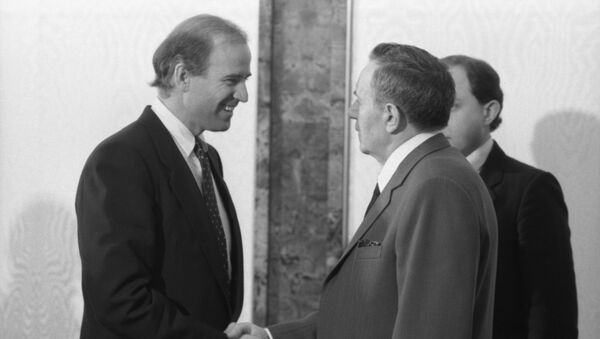 A recently found Pravda article dated 27 August 1979 evokes memories of Joe Biden's first visit to the USSR. US academics have walked down memory lane discussing Biden's role in the US-Soviet SALT II negotiations and unexpected collapse of the agreement.

While commenting on his meeting with the Soviet leadership Delaware Senator Joe Biden told The New York Times on 30 August 1979 that it had left him with the impression that the Kremlin was prepared to consider further arms cuts following President Jimmy Carter and Soviet leader Leonid Brezhnev's signing of the SALT-II agreement in Vienna in June 1979.

Biden Was 'Apparently More Progressive at That Time'

Almost 41 years ago Biden led a group of American congressmen seeking to push ahead with the arms reduction treaty in the US Congress, which was not an easy task given the high level of mutual distrust between Washington and Moscow.

"In 1979, young Joe Biden was a defender of arms control in general and of the SALT II Treaty in particular. He had been elected to the Senate in November 1972", recollects Professor Peter Kuznick, an expert on twentieth-century American history. "The purpose was, in large measure, to convince the wavering senators to support the treaty, which had been signed in June but awaited Senate ratification".

Although the American public favoured arms control, there was a voluble group of hawks opposed to detente and rallied opposition to SALT II, the professor notes.

"There were many US skeptics and critics of detente as a Soviet ploy at the time; and also much ignorance of the Soviet Union since travel obviously was highly restricted", echoes Dr Alistair D. Edgar, Associate Professor of Political Science at Wilfrid Laurier University. 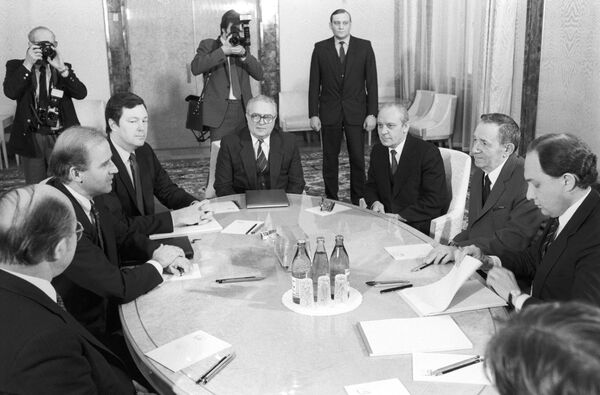 Senator Joseph Biden (second from left) of Delaware, Member of the Senate's the Foreign Relations Committee and Chairman of the USSR Supreme Soviet's Presidium Andrei Gromyko (second from right) during the negotiations in the Kremlin.
© Sputnik / Vladimir Rodionov
/
Go to the photo bank

Both Kuznik and Edgar agree that Biden's mission was a positive and constructive development. Besides warning the Soviet leadership that the Senate would be attaching certain reservations and conditions to the treaty, Biden also expressed hope that the two sides would soon negotiate a new treaty, perhaps SALT III that would make much deeper cuts in both sides' nuclear arsenals.

"It is interesting to see the role played by a younger and apparently more progressive Joe Biden at the time", Kuznik opines. "Biden had a strong belief in international treaties. He wanted to see deep cuts in nuclear arsenals and in conventional weapons. He sought to defuse Cold War tensions".

The Strategic Arms Limitation Talks (SALT) between the two rivals kicked off in Helsinki in 1969. Following the conclusion of the SALT I agreement the sides inked the Anti-Ballistic Missile Treaty in 1972, shredded by George W. Bush in 2002. The SALT II Treaty, aimed at further limitation of offensive strategic arms, had been negotiated for years with the talks starting in November 1972. In November 1974, the US and USSR reached a basic framework on what types of weapons should be included, what new systems should be prohibited, and what qualitative limitations should be set. By the time Carter assumed the presidency the treaty was 95% ready. 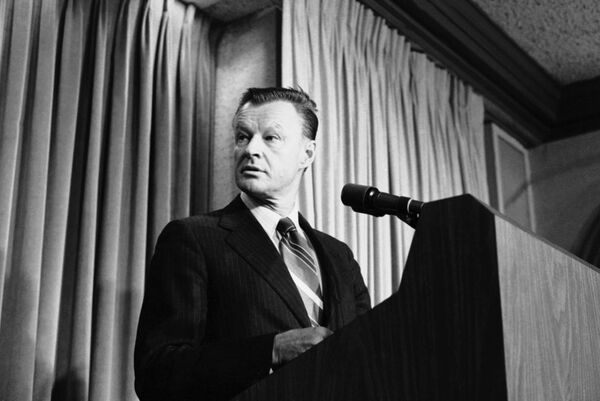 However it was never ratified by Congress being derailed by the Soviet military campaign in Afghanistan launched in December 1979 in response to repeated requests from the Democratic Republic of Afghanistan (DRA).

"As we know, the Soviet invasion of Afghanistan in December effectively ended any possibility that the US Senate would ratify SALT II", says Alistair D. Edgar. "And with Reagan's election we saw the shift from detente and negotiation, to a 'new' Cold War buildup of theatre, intermediate, and strategic nuclear forces (including the US Strategic Defence Initiative)".

According to Kuznik, there were deep divisions within the Carter administration "with anti-Soviet hardliner Zbigniew Brzezinski as National Security Adviser and much more dovish and progressive Paul Warnke as arms control negotiator".

The Soviet intervention in Afghanistan came in handy for the US hawks as it axed the potential Soviet-American détente. This historic twist was hardly a coincidence, according to  the late Zbigniew Brzezinski. As the former security adviser recollected in a 15 January 1998 interview with Le Nouvel Observateur, the CIA kicked off its covert Operation Cyclone aimed at arming and training of Afghan Mujahedeen roughly six months before the Soviet intervention. "We didn't push the Russians to intervene, but we knowingly increased the probability that they would", Brzezinski highlighted.

SALT II and New START: Will History Repeat Itself?

According to Alistair D. Edgar, such meetings between political bodies, like the one championed by Biden in 1979, can be very valuable as "confidence building measures" if they are carefully prepared and well managed. Still, as history showed "they cannot replace or override higher-level hostilities or larger strategic geopolitical actions - that sort of issue has to be dealt with by top leadership, and by demonstrated cooperative behaviour".

One can draw parallels between the negotiations for the SALT II Treaty and the ongoing talks concerning the New START which limits the most dangerous "strategic" nuclear weapons of the United States and Russia, deems Mark Avrum Gubrud, adjunct assistant professor at the University of North Carolina.

Signed by then-Russian President Dmitry Medvedev and his American counterpart Barack Obama in 2010, New START is due to expire in February 2021.

"The Trump administration does not seem to be willing to simply renew the treaty, and has sought to involve China, which has far fewer of these weapons than either Russia or the United States", Gubrud says. "As that effort has failed, it is not clear whether Trump will be willing to renew the treaty".