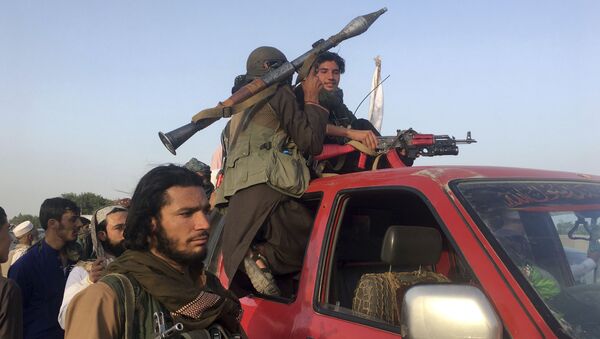 Panetta suggested Trump should consider imposing the type of sanctions on Russia it imposed on Iran, crippling economic embargoes which have severely damaged the country’s economy, in particular its oil industry. As Russia is among the world’s top three oil producers, sanctions on its energy industry could impact global supply and prices.

Leon Panetta, former head of the Central Intelligence Agency and Secretary of Defense under Barack Obama, said Washington may need to respond with “bold” action against Moscow, including sanctions, should allegations of Taliban* militants receiving bounty payments from Russian military intelligence operatives be proven – apparently unaware these reports have already been utterly discredited.

Speaking at a House Foreign Affairs Committee hearing 10th July, Panetta said such action by Russia would cross a line and require a response that could include diplomatic isolation, sanctions, and, “if necessary” military force. It was the third hearing this week alone in the Democratic-controlled House on the subject of the ‘bounty’ claims, and how Washington should respond. The same committee held a hearing 9th July with four military and foreign policy ‘experts’, while the House Armed Services Committee convened one of their own the same day with Defense Secretary Mark Esper and chair of the Joint Chiefs of Staff, Mark Milley.

Panetta’s comments were inspired by a highly controversial ‘exclusive’ article published by the New York Times 26th June, which stated – based entirely on unverifiable allegations of nameless intelligence officials – that not only was the Taliban in receipt of Kremlin funding for every American ‘scalp’ they secured, but Donald Trump had been apprised of the information and declined to act on or publicise it.

MSM reporting is generally misleading but there are certain issues where coverage is so infiltrated by state/intelligence interests, literally nothing is believable. Eg: Russia, Assange, Saudi, intell services, UK wars, increasingly China. On these, we’re mainly being played.

​The White House has since denied the claims, stating the President was never briefed on the ‘intelligence’, and in any event the information was both unconfirmed and contested. On 29th June, Pentagon officials confirmed the Department of Defense had “no corroborating evidence to validate the recent allegations found in open-source reports” – the Wall Street Journal has also revealed the National Security Agency wasn’t convinced the reports were true either.

No specific reason was cited for the NSA’s dissent on the issue, but the agency’s focus – eavesdropping on electronic communications devices – may offer some indication. The CIA relies heavily on human intelligence, but as the discredited ‘Trump-Russia’ dossier compiled by ex-MI6 operative Christopher Steele amply demonstrated, ‘HUMINT’ is often inherently highly unreliable, with the potential for human sources to relay gossip, rumour, hearsay or outright lies – particularly if they receive a financial reward for salacious information – sizeable.

The NSA has previously dissented from its sister agencies, for instance disagreeing with the CIA and FBI’s “high confidence” the Kremlin interfered in the 2016 presidential election. Both had “high confidence” Kremlin-directed subterfuge had taken place, but the NSA didn’t – and no evidence has emerged since to vindicate the pair’s assurance, quite the reverse in fact.

​Moreover, Mark Milley in the aforementioned committee hearing said no intelligence existed confirming Moscow directed or funded Taliban attacks against US troops. In the same session, Mark Esper confirmed “all the defence intelligence agencies have been unable to corroborate that report”.

Asked if he personally received any briefing containing the words “bounty” and “Russians”, the defence secretary said he he could not, to the best of his recollection, recall doing so.

"If it was a credible report, that's important, a credible, corroborated report that had used those words, certainly it would have been brought to my attention by the chain of command, by the chairman of the joint chiefs and others for action. We would have taken upon that action in an inter-agency effort to make sure that we addressed it. At all times, we take force protection very seriously and take all those actions, regardless of the credibility of the report, we take all that seriously,” he added.