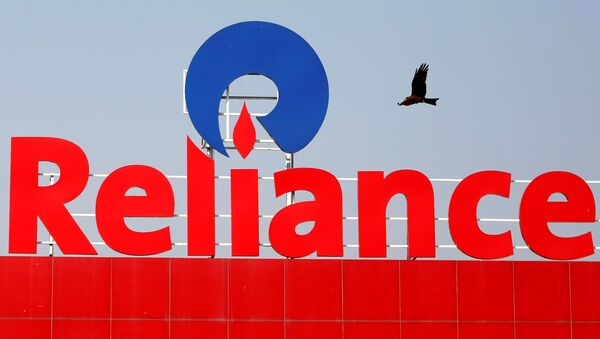 © REUTERS / Amit Dave
Subscribe
International
India
Africa
New Delhi (Sputnik): India is one of the biggest buyers of Venezuelan oil in spite of US sanctions. Private Indian refiners Reliance Industries and Nayara Energy are the only buyers from India. Soon after the US imposed sanctions, the Indian Ministry of Petroleum and Gas had advised the two firms to make sanctions-proof transactions.

In a fuel exchange deal, Reliance Industries will be loading the first cargo of Venezuelan crude in three months this week, as per the private firm's sources quoted by Reuters. As per the news agency, a shipping document from state oil firm PDVSA states that the fuel swap is permitted under the US sanctions.

On threat of US sanctions, top energy analyst Narendra Taneja tells Sputnik that Reliance has been buying oil from Venezuela for more than 20 years, so they must have taken into consideration how to purchase it in such a way that the sanctions do not apply.

"There are many ways to buy oil from Venezuela without coming under the sanctions. They must have considered that. Sanctions come into effect when you buy directly from the country but if you are buying through other routes, then sanctions may not apply", Taneja explains.

As per Reliance sources, the US State Department and the Office of Foreign Assets Control (OFAC) was sent a notice on the diesel swap and received a green flag as policies that allowed the transaction were still in place.

Since Washington has exempted some Venezuelan oil trade from sanctions, when transactions are in exchange for fuel and food or to repay debts rather than for cash, Reliance has been supplying fuel to PDVSA in exchange for crude.

All details of the transaction and transportation were shared with the US for its authorisation of the barter, per NGM Energy.

In spite of the US sanctions imposed in January last year, India’s 2019 June imports of Venezuelan oil witnessed a surge. Reliance has a 15-year deal with the Latin American country, signed in 2012, to purchase up to 400,000 bpd of heavy crude.

India’s crude oil imports are increasing every year due to increased oil demand and decreased domestic oil production. "The projected consumption of crude oil in 2020-21 will be 226.2 million metric tonnes and around 84% of the projected demand may be required to be imported", Dharmendra Pradhan, India’s Minister of Oil and Natural Gas said in March this year, while adding that the percent of oil import dependency for the last three years increased to 83.8 percent in 2019 from 81.7 percent of total requirement in 2017.