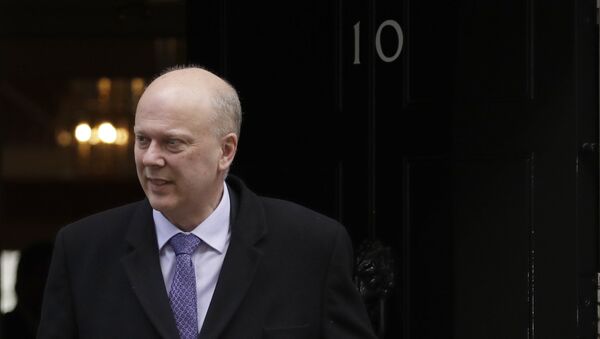 Grayling has served as minister in a number of departments, his tenures almost invariably typified by absolute disaster. For instance, as Transport Secretary presided over the collapse of Northern and Thameslink rail services, and granted a no-deal Brexit ferry contract to a company that didn’t have any ships.

Gaffe-prone former cabinet minister Chris Grayling is expected to be appointed chair of the intelligence and security committee (ISC) next week, after the Conservatives announced four other members are expected to support him.

The former transport and justice secretary has long-been Boris Johnson’s pick for the role, but his elevation has been delayed due to a lack of support for his appointment among the panel. Now, Grayling along with four other Conservative MPs have been named as members of the nine-person committee, which oversees the activities of MI5, MI6 and GCHQ – giving him the requisite number of votes to secure the post. As Justice Secretary, he part-privatised the probation service and banned prisoners from receiving books from relatives, a measure overturned by courts.

3. Matt Hancock said “I'm really pleased that the Domestic Abuse Bill has been passed” 12 hours after he voted against it, so maybe it's catching

Ian Blackford, SNP leader at Westminster, said appointing Grayling was “deeply concerning”, and “putting forward favourable Tory members who will vote him through as chair” was just the “latest plan” devised by Johnson and his adviser Dominic Cummings.

The nine members were listed on order papers for the House of Commons and House of Lords, they are expected to be confirmed after short debates 13th July.

The committee will then decide whether to release the Russia report, publication of which was blocked by Johnson before the election, despite being cleared for release in December, shortly after the General Election. Former ISC chair Dominic Grieve, who quit the Conservatives and lost his seat at that election, has called on the committee to publish the report in full as soon as possible.

​Nonetheless, Minister of State for the Cabinet Office Lord True dismissed claims the government “dragged its feet” over the publication of the report, telling the House of Lords it was a “delicate matter” and the delay was not unusual.

“The result of the referendum was in the hands of 17.4 million people who I don’t think were bamboozled by KGB agents,” he added, referencing suggestions Russian interference influenced the Brexit referendum result.

The failure to release the Russia report, which took evidence from discredited former MI6 spy Christopher Steele and convicted fraudster and committed Russophobe Bill Browder, among others, has prompted much mainstream media conspiracy theorising about its content, and the reasons for its “suppression” by Whitehall – however, previous reports indicate the document “is expected to say there is no evidence of any successful interference by Russia in recent British elections”.