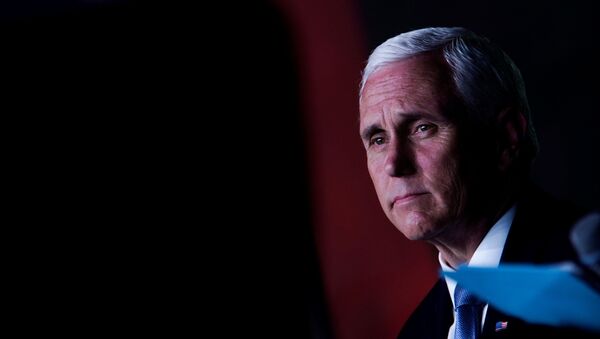 © REUTERS / Eric Thayer
Subscribe
International
India
Africa
Recently, Americans in several cities across the country have taken part in "Back the Blue" rallies to support law enforcement officers amid calls to defund the police.

US Vice President Mike Pence is delivering a speech on Thursday at the Fraternal Order of Police Lodge No 5 in Philadelphia ahead of a "Back the Blue" rally.

Philadelphia has also been swept by anti-racism protests following the death of Minneapolis citizen George Floyd that have called for defunding the police. Following the calls, Philadelphia Mayor Jim Kenney rolled back a planned $19 million increase in the city's police budget.