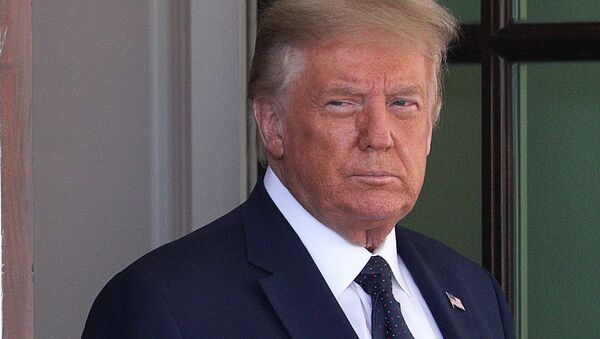 According to Shapiro's spouse, Trump and Shapiro did not know each other when the president was in high school because their first encounter took place at the University of Pennsylvania.

Mary Trump's allegations that the US president paid his friend, Joe Shapiro, to take a college admission test for him, contradicts the timeline of when they met, according to a new video posted by Shapiro's wife, Pam Shriver.

She says that her husband, who passed away 21 years ago, cannot defend himself now, but she can recall when and where he first met with Donald Trump, as he told her.

In her newly published book, "Too Much and Never Enough: How My Family Created the World's Most Dangerous Man", Trump's niece claims he had Shapiro take his SATs in order to gain admission to the prestigious Wharton School at the University of Pennsylvania, and it was easy to cheat at that time with no photo IDs, given Trump's financial capabilities.

"To hedge his bets he enlisted Joe Shapiro, a smart kid with a reputation for being a good test taker to take his SATs for him", Mary Trump writes, according to a copy obtained by the media. "That was much easier to pull off in the days before photo IDS and computerised records. Donald, who never lacked for funds, paid his buddy well."