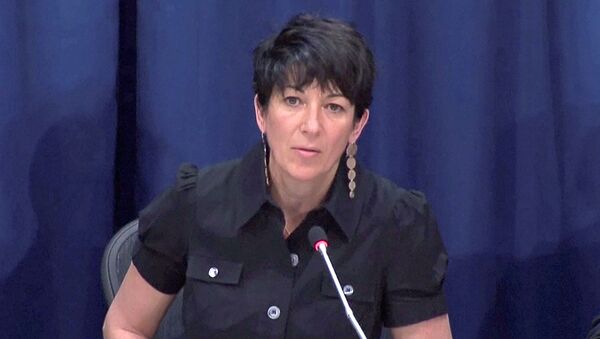 © REUTERS / Reuters TV
Subscribe
International
India
Africa
Ghislaine Maxwell, who stands accused of trafficking underage girls to the late convicted sex offender Jeffrey Epstein, has been placed on suicide watch at the Brooklyn jail where she is being held. Epstein died last August of apparent suicide under similar conditions.

The Metropolitan Detention Center in Brooklyn, New York, has reportedly taken away Maxwell's clothes and bedsheets, as officials fear she may attempt to take her own life, one such official told the Associated Press on Thursday. She has been given paper attire instead.

Maxwell was arrested a week ago in New Hampshire on charges that she had helped lure at least three girls into the network of sex trafficking surrounding Epstein. The 66-year-old British socialite was then brought to New York, where she is awaiting arraignment in a US federal court. According to the indictment, she is accused of both facilitating Epstein's crimes as well as joining them on several occasions.

According to AP, Bureau of Prisons officials have implemented additional safety protocols that include her having a cellmate and being placed under constant surveillance to ensure there is no repeat of Epstein’s demise.

The billionaire financier perished in August 2019 while at the Metropolitan Correctional Center, another New York jail, apparently having killed himself. The fact that he had also been on suicide watch and was awaiting trial in which he was expected to “name names” of visitors to his estate in the US Virgin Islands who participated in the sexual abuse of underage girls has led to numerous accusations that he was killed in order to be silenced.

However, it’s worth noting that Maxwell reportedly doesn’t believe Epstein killed himself either, according to The Sun.