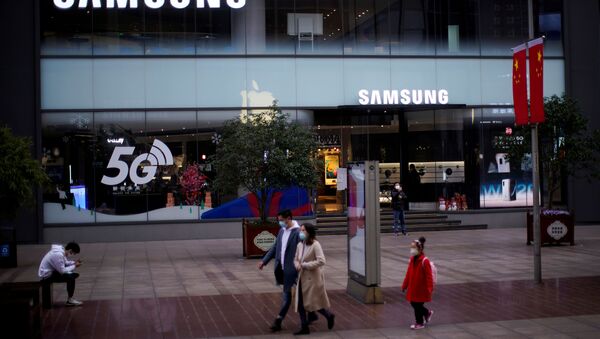 The UK government is weighing up a ban on the use of Huawei gear from national wireless networks this year, despite a previous decision to allow the company to take part in the country's 5G roll-out. The Chinese company's rivals are ready to fill the vacuum if the government decides to make a U-turn.

Woojune Kim told British lawmakers on Wednesday that Samsung "definitely" can supply a new standalone 5G network to the UK, which is considering whether to ban the use of Huawei's equipment.

He also noted that Samsung was in active discussion with European telecom operators to supply network equipment, and was investing in 4G, 5G and 6G technology.

Asked if Samsung could benefit from Huawei's woes, the executive replied that his company does not base its strategy on changing "political whims". He also admitted that Huawei is one of the most aggressive telecom vendors and a "very tough" competitor.

In January, Boris Johnson's government chose to allow Huawei to participate in the build-up of the UK's national wireless networks, albeit with a 35-percent cap on its involvement in non-sensitive components like phone masts and a ban on building "core" infrastructure.

However, according to reports in the UK, there has been a dramatic shift in the government's stance in recent months, and Johnson has been offered "sound technical reasons" to back out and ban Huawei outright.

The UK’s National Cyber Security Centre, which is part of the eavesdropping agency GCHQ, launched a review of Huawei’s role in the UK in May after the US slapped new sanctions on the company. The sanctions, due to come into effect in September, would prevent the firm from using US software and technology to build 5G equipment and force it to rely on alternatives, most likely from China.

The review, which has not yet been published, is expected to conclude that the sanctions will make it impossible to use Huawei’s technology as initially planned. There has been speculation that the government has already started drafting plans to phase out the use of Huawei's gear in the country’s 5G and 4G infrastructure by 2023.

The rumoured policy about-turn comes after a months-long campaign by the United States, which has mounted a global crusade against Huawei and fellow tech giant ZTE following accusations that they spy on companies and individuals for Beijing. Both companies deny the claims, which are yet to be corroborated by hard evidence and fit in the broader picture of an economic and technological tug-of-war between Washington and Beijing.