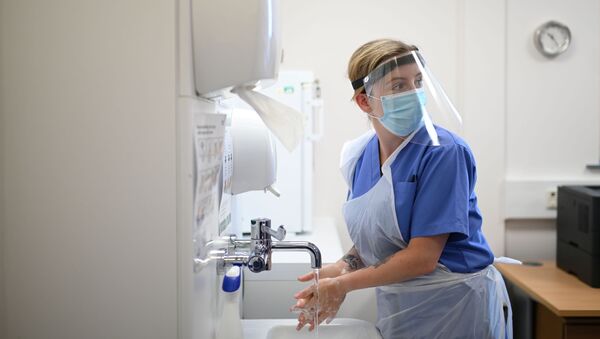 © REUTERS / Daniel Leal-Olivas/Pool
Subscribe
A national outcry was sparked during the first wave of the coronavirus outbreak in the UK over the government’s failure to buy crucial protective equipment such as gowns, visors, or swabs to cope with pandemics, as the country was left playing catch-up with other nations to secure supplies. Members of the clinical staff wearing Personal Protective Equipment PPE care for a patient with coronavirus in the intensive care unit at the Royal Papworth Hospital in Cambridge, England, Tuesday May 5, 2020
© AP Photo / Neil Hall