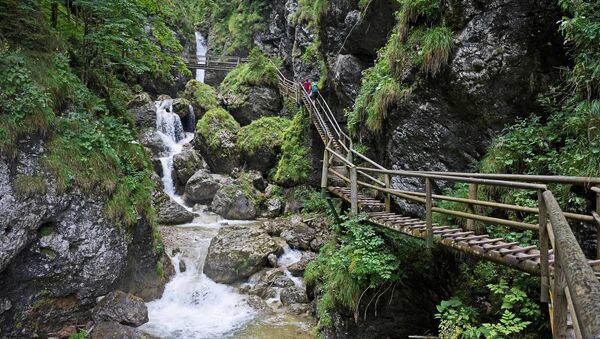 The Bärenschützklamm has been a natural monument since 1978 and is considered to be one of the most beautiful water-bearing rock canyons in Austria.

Two people have died and several more have been injured after a rockfall at Bärenschützklamm Gorge in Austria's Styria on Wednesday.

According to Kronen Zeitung, one of the bridges in the gorge was torn away. Police and mountain rescue teams have arrived at the scene, the paper said, adding that canyoning experts were also asked to assist in the rescue operation.

The two dead are believed to have been killed by a falling rock, the head of the Styrian mountain rescue Michael Miggitsch said, as quoted by Kleine Zeitung.

No information about the identity of the victims has so far been provided.

The Bärenschützklamm gorge is located in the Grazer Bergland in the area of ​​the municipality of Pernegg an der Mur. It's been a natural monument since 1978 and is considered one of the most beautiful water-bearing rock canyons in Austria.