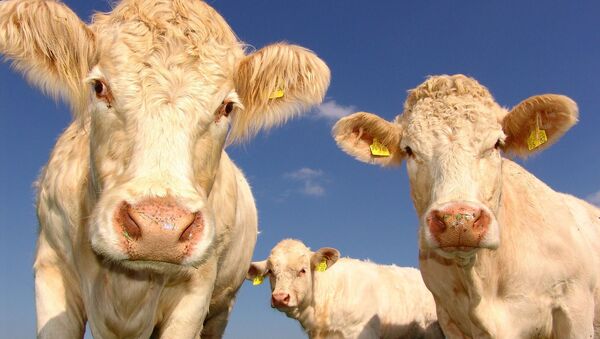 A recently published study suggests that farm and domestic animals can be used to predict when earthquakes may occur, because they behave abnormally leading up to the seismic shakes.

To test their hypothesis, German researchers from the Max Planck Institute of Animal Behavior and the Cluster of Excellence Center for the Advanced Study of Collective Behavior attached sensors to cows, sheep and dogs in an earthquake-prone region in Northern Italy.

During the study period of several months, there were about 18,000 earthquakes in the region, but only 12 had ratings of four or higher on the Richter scale.

By monitoring the animals’ movements, the researchers discovered that the animals were restless hours before the earthquakes. The dogs, for instance, exhibited hyperactivity before an earthquake while cows remained untypically calm before ramping up their activity.

“The closer the animals were to the epicenter of the impending quake, the earlier they started behaving unusually. The movement profiles of different animal species in different regions could therefore provide clues with respect to the place and time of an impending earthquake,” the researchers wrote in a July 3 news release.

“In this way, we ensure that we not only establish correlations retrospectively but also that we really do have a model that can be used for predictions,” Martin Wikelski, director at the Max Planck Institute of Animal Behavior and principal investigator at the Center for the Advanced Study of Collective Behavior, said in the release.

The effect was also most obvious when the researchers collectively studied all of the animals.

“Collectively, the animals seem to show abilities that are not so easily recognized on an individual level,” Wikelski explained.

However, the study doesn’t explain what caused the creatures’ unusual behavior prior to a quake. One theory is that animals can pick up on air ionization caused by changes in rock pressures. Another possibility is that they may be able to smell gases released from quartz crystals before an earthquake occurs.