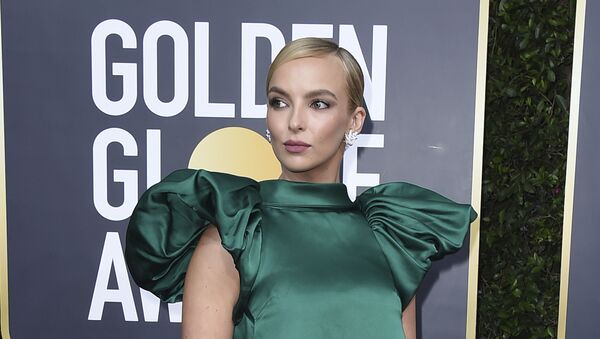 Staring in series such as Remember Me, The White Princess, and most notably - Killing Eve as well as making a brief appearance in Star Wars: The Rise of Skywalker, Liverpool actress Jodie Comer has made a name for herself in recent years

Killing Eve star Jodie Comer has found herself the subject of Twitter trending controversy following accusations that she is in a relationship with a Republican.

Comer, who plays Villanelle on ‘Killing Eve’, was previously lauded by the queer community for its realistic portrayal of an LGBT person.

The actress is also a vocal supporter of gay rights and the Black Lives Matter movement. She has also been involved in Pride Inside, an online festival set organised by Amnesty International, Stonewall, UK Black Pride, ParaPride, Gendered Intelligence.

For #PrideInside: Award-winning actress and LGBTI+ ally Jodie Comer reads the beautiful first letter from Vita Sackville-West to Virginia Woolf. A touching and passionate exchange and part of a two part reply with the wonderful @nicolacoughlan, which we'll play tomorrow. pic.twitter.com/WkdQhxlNmf

​Now she has been dubbed a "performative ally" as a result of her alleged choice of partner being incompatible with her previously stated position.

She is said to be dating an American named James Burke. After Twitter users trawled through social media and discovered his voting register for the GOP - the party of US President Donald Trump.

someone found his voter information pic.twitter.com/V6SvBh3DyE

he live(s,d) in boston. here are pics of them together! his social media matches his face in these pics pic.twitter.com/oPsiB4mVgI

Another user discovered that he followed her on Spotify and had a playlist called 'Jodie's songs'.

yes, this guy is her boyfriend.

he follows jodie on spotify and has a playlist called “Jodie’s songs” but don’t expect to find it now bc he put it on private pic.twitter.com/T5Bq9CuvFb

​​And that she tagged him in an Instagram story. He also follows President Trump on the account, which has now been deleted.

jodie tagged his ig account in a video with him where they’re holding hands and singing in a car. this same ig account follows donald trump. pic.twitter.com/fsw2cwL4W7

​Netizens were quick to attack the actress over the apparent "receipts".

People saying Jodie Comer dating a republican doesn't mean she's a republican. No -- but it does mean the issues she supposedly supports aren't actually that important to her. It's performative fake white feminism.

I see why Jodie Comer is trending and honestly, girl is done for me. Don't act like you're an LGBTQ+ ally/BLM ally and then date a Trump supporter. Her performative allyship is low-key offensive. I mean she's free to date who she wants but also I'm free to call her a dumbass.

jodie comer actually scare me bc she’ll be the biggest advocate for gay/trans rights, anti racism and womens rights but then date a man who believes in nothing of the sort. is she okay?

​Others were more skeptical, however, highlighting that she has yet to make a statement on the accusations and that the evidence presented is flimsy.

Honest to god, Twitter get a grip. Yesterday she was being adored, today Jodie Comer is ‘cancelled’ for dating a bloke called James Burke. No evidence that he’s the same James Burke, Trump supporter, but let’s not let that bother us? 😡😡😡

​The actress is known for keeping her personal life discrete, with some netizens supporting her saying it is her business who she dates.

People are sheep’s if I’m honest. Jodie comer is one of the most talented people in the world! She has gone into the industry as an actress not to PLEASE a bunch of people on Twitter. Really annoys me when I see hate towards someone’s personal life when it’s nobody’s business.

so everyone is cancelling jodie comer for dating a republican...yet no one knows if the name they have matches up to the guy she was photographed with?? so without any actual evidence the internet is “cancelling” another celebrity,, worms for brains

​Comer revealed that she was in a relationship during an interview with British Vogue in April.