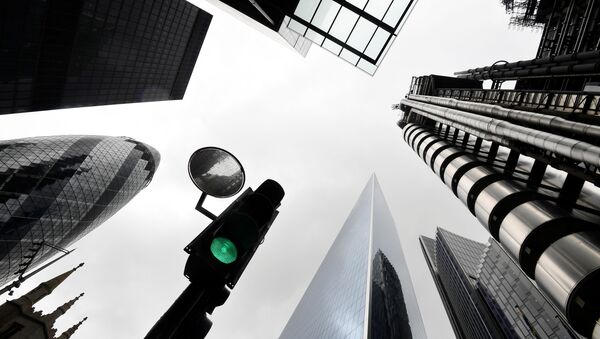 The EU and the UK last week missed the deadline for completing a review of each other’s financial services markets, a process that would offer London financiers more certainty over whether they will be able to provide services in the eurozone after Brexit.

Britain is putting the City of London’s access to the EU financial market at risk as it tries to ditch European regulations, Luxembourg’s Minister of Finance Pierre Gramegna has warned.

Cramegna has told The Financial Times that the UK’s demands regarding post-Brexit access to the EU market in ongoing talks were “in contradiction” with the government’s call for sovereign rule-making powers.

One of the main stumbling blocks in the negotiations are differences over “equivalence”, a process by which two sides assess whether each other’s regulatory regime for particular products or services meets their standards.

Equivalence allows some privileged rights that are more limited than current mutual recognition with the EU, which the UK cannot enjoy because of its decision to halt the free movement of people and to excuse itself from the jurisdiction of the European Court of Justice.

An equivalence agreement would grant London’s financial hub the same basic level of access to the EU markets that is already offered to non-EU members like the United States, Japan and Singapore. Equivalence would allow EU investors to use financial services in the UK, including derivatives clearing houses, and grant UK banks limited market access rights inside the EU. The EU provides no equivalence-based access in areas like commercial bank lending, deposit taking and insurance.

Brussels and London agreed last year to set 30 June as the deadline for completing mutual assessments of their regulatory regimes for financial services, a move that is set to ensure the flow of business after the post-Brexit transition period ends on 31 December.

The UK and the EU missed the 30 June deadline and blamed each other for delaying a decision on the matter. The bloc’s chief negotiator, Michel Barnier, described UK proposals as “unacceptable” and seeking “the benefits of the single market without the obligations”.

Barnier accused the UK of trying to tamper with the EU’s ability to unilaterally revoke equivalence in the future – a charge British officials denied, saying they were merely seeking assurances of equitable treatment. He said that Britain wants to make it easy to continue to run EU-based financial-services businesses from London, with as few operations and staff in Europe as possible, and reminded that the EU would only grant equivalence if it is in its long-term interest.

Pierre Gramegna, who did not directly take part in the negotiations, said that the UK is “promoting an enhanced equivalence system which to a certain extent I can understand. On the other hand, I understand also the [European] Commission saying we want to keep our independence in what we do.”

“The UK at the same time says ‘as soon as we will be out we will be 100 percent sovereign again and be able to choose what we do with our own regulation’,” he added. “That sounds to me in contradiction with the idea of having an enhanced equivalence. You cannot defend the two things in parallel.”

As the FT points out, Gramegna’s warning comes as a sign of how even sympathisers in the EU are growing uncertain of future relations with the UK.

Luxembourg, a global centre for investments and private banking with close business ties with London, has been among those calling for the European Union to take a pragmatic approach to UK market access for financial services.