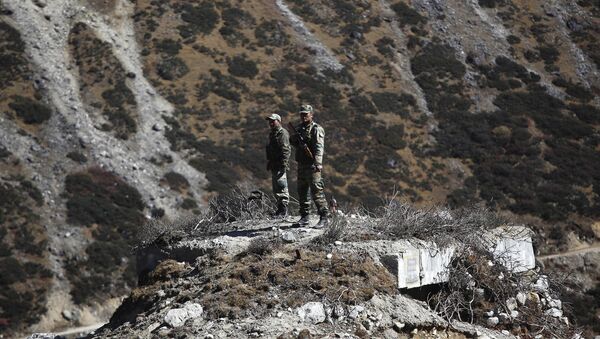 Aakriti Sharma
Sputnik correspondent
All materialsWrite to the author
New Delhi (Sputnik): India has entered the ninth week of a border stand-off with China in Ladakh region. Over the course of two months, New Delhi has also witnessed downgrading of its ties with Kathmandu, which issued new political map indicating that Indian territories Kalapani, Lipulekh, and Limpiyadhura, are within Nepal.

The Indian and Chinese armies have locked horns in the different sectors of Ladakh region since the last week of April, but the situation has become tense, since the two countries engaged in a violent face-off on 15 June. Ever since, diplomatic and military-level talks have been conducted on both sides.

India's relationship with Nepal has also gone southward in the same period after Kathmandu passed a constitutional amendment to include Indian territories, Kalapani, Lipulekh, and Limpiyadhura, in its map. Meanwhile, diplomatic channels remain cut between New Delhi and Islamabad as cross-border fire continues in Jammu and Kashmir.

Meanwhile, China has provided a lending hand to Pakistan as it continues to invest in its China-Pakistan Economic Corridor; it has lent $1.3 billion to the debt-embroiled country. China has also been steadfast in providing medical aid to Nepal and other countries in India’s neighbourhood.

Sputnik: It seems that China remains consistent with its approach along the border, despite two informal summits and confidence building measures with India. What could be the reasons? Is India misunderstanding China?

Dr Saran: The two informal summits were never likely to deliver long-term ‘peace and tranquillity’, in line with China's commitment, along the Line of Actual Control (LAC). The widening chasm between the worldview of India and that of China is because of their divergent perspectives on Asia’s governance and security, and China’s (now) rigid middle-kingdom identity. Ever since 1962, India has had little reason to trust China. There may have been naïve, misplaced expectations, but clearly, China has no intention of resolving the border dispute with India.

Sputnik: Have you considered that India's soft-power diplomacy may feel threatened in the region in the coming years in the face of an assertive China?

Dr Saran: On the contrary, soft power is an area of opportunity for Indian diplomacy, given that China’s assertiveness and bullying is buying it client-states, not friends. India can certainly build its own international engagement strategy and offerings, which would be in sharp contrast to that proffered by Beijing; and India must invest in this project robustly. That being said, soft power is unlikely to be a significant or effective tool against China’s growing influence in the region.

Sputnik: After Doklam, India once again finds itself in a similar stand-off with China. This time around, the situation has escalated, with 15 June's violent face-off. When the two armies were posturing, starting from the last week of April, why was there no immediate action from the Indian side?

Dr Saran: There are standard operating procedures in place to deal with PLA incursions along the LAC and to defuse potential conflict situations. But Chinese intransigence and the bloody clashes on the night of June 15-16 show that these long-established methods now need to be revisited and rethought. Coupled with China’s new claims to Indian territory, the Ladakh standoff may well be a point of departure for how the Indian Armed Forces perceive and respond to Chinese muscle-flexing in the future. I hope we build a sustainable framework for this new Chinese mood. 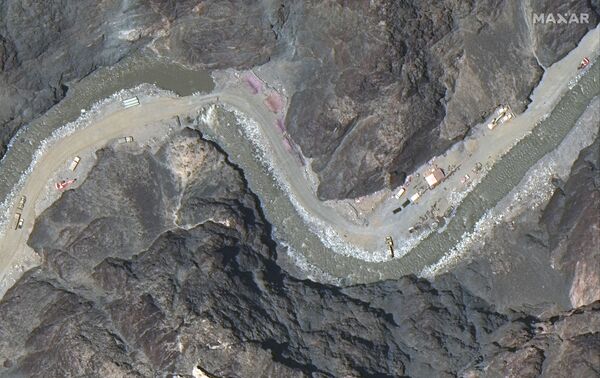 Sputnik: India now has two open fronts, one with Pakistan and the other with China. The speculations are that with Nepal setting up army posts near Kalapani, India might have another open front. What went wrong with India-Nepal relations? What is the way forward?

Dr Saran: Both ‘fronts’ with Pakistan and China have long been open. This is nothing new. Nepal’s actions, meanwhile, are likely driven by a combination of domestic political factors and a belief that its relationship with China will give it greater bargaining power with India. The way forward for India is quiet diplomacy, away from the media and nationalist bluster. The long-term focus must be for India to drive growth and prosperity in the Indian sub-continent, which will require India to pay attention to its own economy and trade postures.

Sputnik: India has developed a good relationship with Bangladesh but some steps like the Citizenship Amendment Act have infused bitterness somehow, it seems. Can India go ahead with the approach of "liking or not" with its neighbours while re-framing domestic policy?

Dr Saran: Delhi must certainly make sure that it shares a healthy political and commercial relationship with its neighbours. That said, realism dictates that there will always be some strain between neighbours. This must be managed via deeper and more transparent communications. India has demonstrated, in most cases, a willingness to resolve issues in accordance with international law—as it did with Bangladesh along the land and maritime border. This is the right approach. India also has to be mindful of the public mood in neighbouring countries and must factor it into its decision-making process.

Sputnik: China has expedited its Health Road Initiative in the Indian Ocean region. Is this China’s effort to isolate India in the South Asian Region?

India Steps Up Assistance in Indo-Pacific amid China's Health Silk Road Initiative
Dr Saran: China employs multifaceted tools to isolate India in the region, including economic statecraft through the Belt and Road Initiative (BRI), abrasive diplomacy in institutions like the UN, and military stand-offs in the Himalayas.

Its health initiatives, along with the BRI, should worry the global community more than just India alone. With decaying international institutions becoming increasingly vulnerable to Chinese manipulations and manoeuvres, as well as coming under attack from the US and its allies, China sees the BRI as an opportunity to expand its influence in new domains like health, energy and the climate. This is a challenge because such issues are better resolved multilaterally, rather than through unilateral and hegemonic initiatives. China’s greed for political power and economic control may result in the BRI itself becoming the driver of climate risks, human rights abuses and development issues.