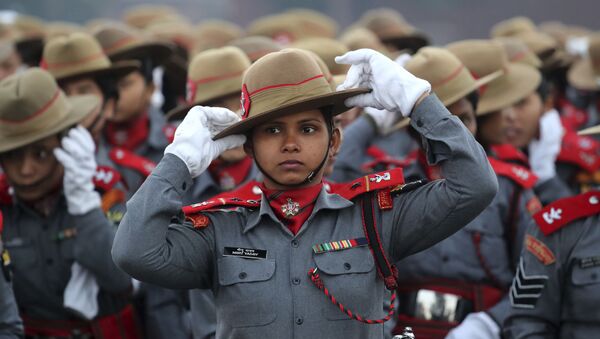 New Delhi (Sputnik): On 17 February, India's top court delivered a landmark judgement which ruled that women officers are entitled to permanent commissions on a par with their male counterparts. The Chief of Army Staff said that the military does not discriminate against any soldier based on gender, caste or creed.

The Supreme Court on Tuesday granted a one month extension to the Indian government to implement its earlier order to provide permanent commissions to female officers in the Indian Army.

The Modi government had been seeking a six month extension to implement the judgement, which was initially delivered on 17 February.

The court passed the order after the Central Government, through the Ministry of Defence, said the decision-making process in this matter is at the final stage and only formal orders remain to be issued.

In the 17 February ruling, the court judged that permanent commissions should be granted to all women in the army, regardless of their service, and that denying women command assignments was a violation of equality under Article 14 of the Indian Constitution.

The decision was welcomed by the Chief of the Indian Army Staff, General Manoj Mukund Naravane who said that everyone in the army, including women officers, will be given equal opportunity to contribute to the nation as well as to progress in their careers.

The Indian Armed forces started inducting women officers in 1992, however, they were not allowed to take on fighting roles until 2016 when some were inducted as fighter pilots. Women have been fighting to gain equal status in the Indian Armed forces, which has long been resistant to change, often citing operational reasons for not allowing women equal opportunities.