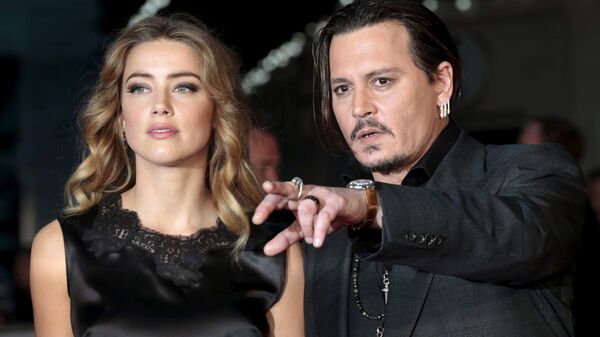 Chris Summers
All materialsWrite to the author
In April 2018 The Sun newspaper wrote an article claiming US film star Johnny Depp had beaten his wife Amber Heard. Depp has always denied he committed he was guilty of domestic violence and is suing the paper’s owners in London.

Lawyers for Hollywood star Johnny Depp began his defamation case against the publisher of The Sun newspaper on Tuesday, 7 July, by claiming the allegations of physical abuse were not only untrue but that the paper had put the actor in the same category as sex fiend Harvey Weinstein.

Depp's lawyer, David Sherborne, said The Sun's executive editor Dan Wootton "chose to make deliberate and highly topical references to the #MeToo and Time’s Up movements, and even the disgraced film mogul and serial abuser of women Harvey Weinstein, suggesting that Mr Depp was in the same category."

Mr Sherborne said: "The claimant's position is clear - Ms Heard's allegations are complete lies. The claimant was not violent towards Ms Heard, it was she who was violent to him."

​Depp is suing News Group Newspapers - owned by Rupert Murdoch - and Executive Editor Dan Wootton over an article which claimed the actor was violent and abusive to his film star wife Amber Heard. 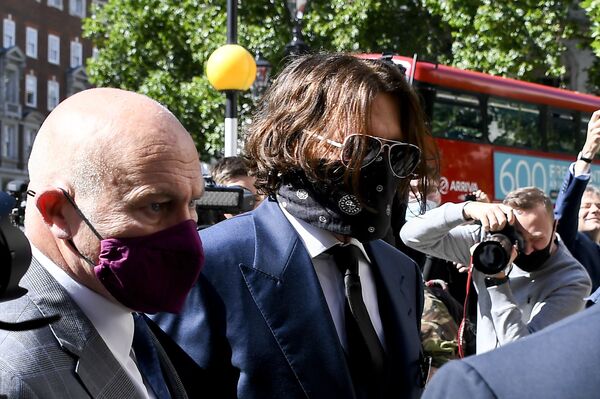 The hearing, before Mr Justice Andrew Nicol at the High Court in London, is expected to last 15 days.

Depp's lawyer David Sherborne said the actor was suing over an article that claimed he beat Ms Heard "not just once but on at least 14 different occasions...causing her such serious injuries and being so violent that it led Ms
Heard to fear for her very life."

The article by Dan Wootton was under the headline: "GONE POTTY: How can JK Rowling be genuinely happy casting wife-beater Johnny Depp in the new Fantastic Beasts film?”

Depp - who is most famous for his appearances as Captain Jack Sparrow in the five Pirates of the Caribbean films -  had wanted Heard, 34, to be banned from attending the libel trial until she was called to give evidence.

But in a court order published on Saturday, 4 July, Mr Justice Nicol said excluding her from the courtroom “would inhibit the defendants in the conduct of their defence."

​The judge said it was News Group Newspapers and Wootton, and not Heard, that are defending the claim, while conceding they will be relying 'heavily' on Heard’s evidence.

The trial, which was postponed from March because of the coronavirus pandemic, is set to last three weeks and Depp’s former partners Vanessa Paradis and Winona Ryder are due to testify on his behalf.

Mr Sherborne said of them and other witnesses who would give evidence: "They support his denial that he carried out a series of physical assaults on his former wife, in other words that he is guilty of being a 'wife beater'."

In his opening statement Mr Sherborne said: "Mr Wootton is not coming to give evidence to defend his article, nor is anyone else coming from The Sun, despite the unequivocal way in which they chose to endorse the allegations and the (somewhat ironic) demand that Ms Rowling should actively investigate for herself the allegations before continuing to defend her decision to support Mr Depp."

​In her witness statement Ms Heard said she often covertly recorded conversations "to remind Johnny of what he would do when using drugs and alcohol because he wouldn't remember, or deny what he had said."

But Depp, giving evidence in the witness box on Tuesday, said that was wrong and he said they would both record conversations as their relationship worsened.

Sasha Wass QC says to Depp - the term monster was ‘the word you used for your alter ego, the bad boy image -that is the monster isn’t it’.

​Mr Sherborne played an excerpt from one tape in which Heard can be heard saying: "You got hit...but I did not punch you. I did not f***ing deck you. I f***ing was hitting you." 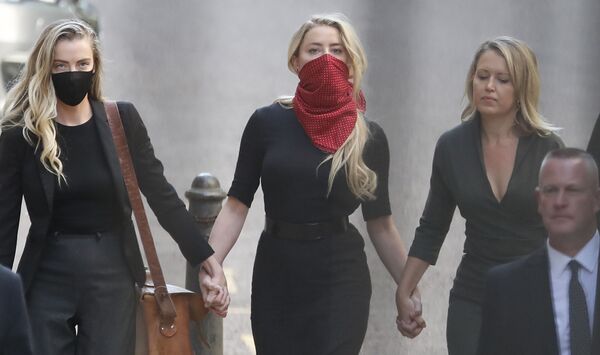 Answering questions from Sasha Wass, QC, counsel for The Sun, Depp admitted abusing narcotics and said he had taken "every drug under the sun" by the age of 14 but he denied he had ever been violent.

#AmberHeard arrives at the High Court in London. Let the justice begin 💪 pic.twitter.com/bnJ3LmGVkv

​He said: 'I've always been interested in the counter-culture and many literary heroes of mine* have been opium users. It has been a subject that I have learned about. Hunter S. Thompson was an idol of mine. I believe he has a very famous quote that says I don't condone the use of drugs or alcohol to anyone but they've always worked for me."

Miss Wass said: "We see you now very charming, polite and softly spoken but there's another side of you Mr Depp that's less charming? There's a nasty, angry side to your character." 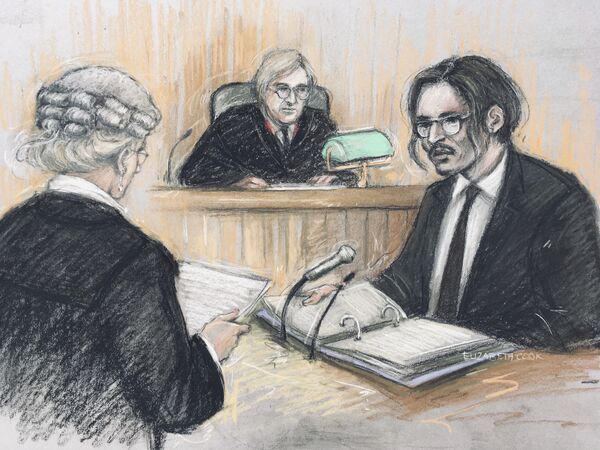 He denied having an "overbearing, manipulative or controlling personality" and said Ms Heard was the one who tried to control him.

Depp claimed she was the one who meted out violence - once repeatedly punching him in the face and on another occasion throwing a vodka bottle at him.

His lawyers have also claimed Ms Heard - who met Depp on the set of the film The Rum Diary in 2011 - had "two extra-marital affairs" with actor James Franco and billionaire entrepreneur Elon Musk.