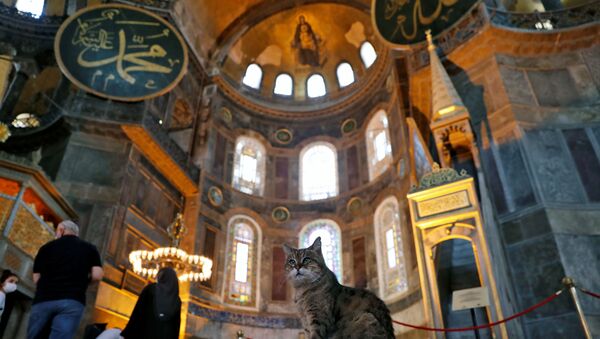 MOSCOW (Sputnik) - Patriarch of Moscow and All Russia Kirill on Monday called on Ankara to keep the Hagia Sophia as a museum, as the "neutral status" will contribute to the further development of interfaith peace and harmony, amid the Turkish authorities' plans to turn the complex into a mosque.

"I hope for the prudence of Turkey's state leadership. Preservation of the current neutral status of Hagia Sophia, one of the greatest masterpieces of Christian culture and a church–symbol for millions of Christians all over the world, will facilitate further development of the relations between the peoples of Russia and Turkey and help strengthen interfaith peace and accord", Kirill said in a statement, as quoted by his press office.

The head of the Russian church added that changing Hagia Sophia's status will "inflict great pain" on the Orthodox-majority population of Russia.

Greece and the United States have also called on Turkey to preserve the museum states of Hagia Sophia. Ankara considers the issue to be Turkey's internal affair and opposes any foreign intervention in the decision-making process.