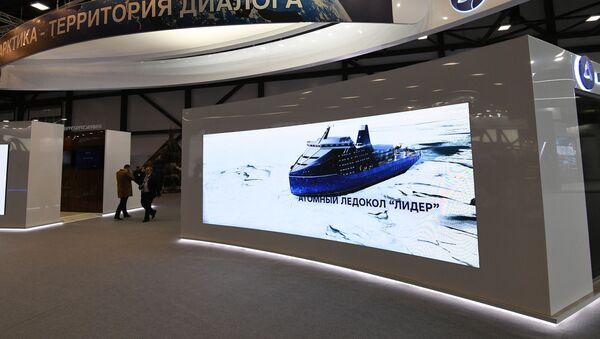 Ilya Tsukanov
All materialsWrite to the author
Once completed, the first of the new ‘Leader’-class of icebreakers will succeed the LK-60Ya, another Russian-made design, as the largest and most powerful icebreaking vessel in the world.

“The first cutting of metal for the construction of Project 10510 Leader’s heavy-duty nuclear icebreaker took place on July 6 at the [Zvezda] shipyard in the town of Bolshoi Kamen, Primorsky Territory,” the company said in a statement.

The contract with Zvezda was signed in April, with plans to commission it in 2027. Two more Leader-class icebreakers are expected to be built at a later date.

According to Rosatomflot general director Mustafa Kashka, the Leader-class of nuclear-powered icebreaking vessels “has no analogues” in the world, and will help Russia “guarantee year-round operations in the eastern Arctic.”

Developed by the Iceberg Central Design Bureau, a legendary St. Petersburg-based design institution which created the world’s first nuclear-powered icebreaker, the Lenin, in 1957, the Leader-class of icebreakers is expected to be a major breakthrough in the development of next-generation nuclear icebreaker designs.

The 209 meter long 47.7 meter maximum beam vessels will to have a total of 120 MW generating capacity, a maximum speed of 22 knots, a displacement of about 70,000 tonnes, and the ability to plow through ice that’s up to 4 meters thick. The ships’ nuclear-powered heart will feature two RITM-400 reactors, a steam turbine unit with four turbogenerators pumping out 37 MW each, and an electric propulsion system with four 30 MW propeller motors.

Once completed, the leader-class of ships will succeed Project 22220 (LK-60Ya), another Russian-made design, as the world’s largest and most powerful nuclear icebreakers. The LK-60Ya itself succeeded the Arkitka-class, a veteran workhorse Soviet and Russian icebreaker design built between 1971 and 2007.

Russia’s new fleet of Arctic icebreakers is expected to help the country cement its position in the resource-rich strategic region, with icebreakers seen as an important tool in the creation and maintenance of the so-called Northern Sea Route, a new shipping route running along the Russian Arctic coast from the Kara Sea to the Bering Strait, connecting Europe to Asia. 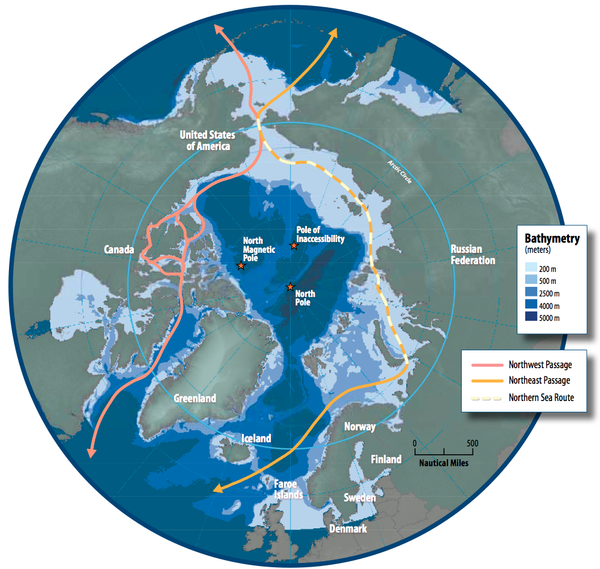 In addition to a series of commercial projects and a comprehensive strategy for economic development and investment, including ports, railways, and the creation of a new satellite navigation standard for Arctic use, Russia has also beefed up its security presence in the region amid pressure from NATO.