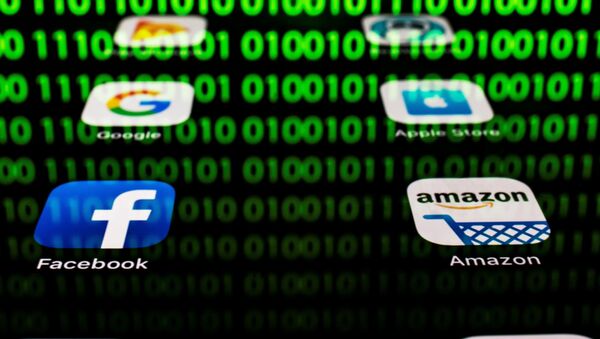 New Delhi (Sputnik): The draft rules that that have been almost two years in the pipeline are focused on helping indigenous brands and empowering the Indian government to monitor how foreign tech companies handle user data amid competition concerns.

A new set of e-commerce rules has been drafted by India's Ministry of Commerce.

The 15-page draft calls for a designated regulator to ensure that the playing field in free of monopolies, so as to allows for a wider varieties of products.

The rules would also require online marketplaces to provide information pertaining to national security, law, taxation and seller details to the government within 72 hours if necessary.

In India, American companies including Amazon, Google and Facebook enjoy a large customer-base.

But their growth in market share in recent years has not come without controversy. Earlier this year, Amazon and Walmart-owned Flipkart faced flak from small scale Indian traders who accused these e-commerce giants of eating away their customers with predatory pricing and deep discounting.

Similar tensions among Indian traders pushed the government to begin working on a dedicated new e-commerce policy almost two years ago. The aim is to check the dominance of foreign players in the sector.

“India’s roaring digital economy, with half a billion users and growing, is witnessing pitched battles in everything from online retail and content streaming to messaging and digital payments. Global corporations lead in each of these segments, while local start-ups have sought help from a sympathetic government,” media reports quoted the drafted rules as noting.

The rules also have a clause on data localization and monitoring of Artificial Intelligence (AI) commonly used by companies to target potential customers.

The draft policy is set to be published on the government's website to allow the relevant stakeholders to provide input.

Last month, Prime Minister Narendra Modi urged Indians to go “vocal for local” to reduce the country's dependence on imports, and the newly drafted e-commerce policy chimes with Modi’s vision of a “self reliant” India.