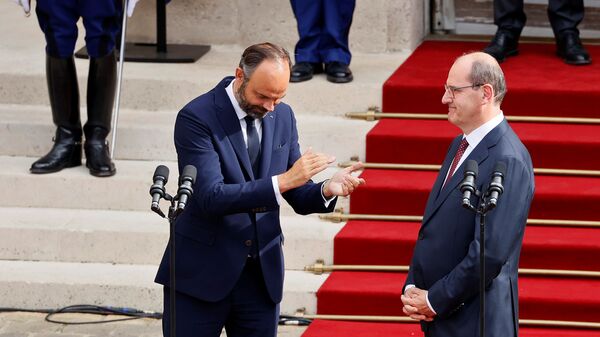 Ilya Tsukanov
All materialsWrite to the author
On Friday, President Emmanuel Macron appointed Jean Castex, his former deputy chief of staff, to the post of prime minister following the resignation of Edouard Philippe, and instructed Castex to form a new government.

The Elysee Palace announced the composition of France's new government on Monday evening, with Florence Parly and Jean-Yves Le Drian hanging on to the major posts of armed forces and foreign affairs minister, respectively.

Bruno Le Maire, minister of economy and finance, also managed to retain his post in the new government, with Olivier Veran similarly hanging on to his job as health minister.

However, ecology minister Elisabeth Borne was replaced by Barbara Pompili, a member of President Macron's La Republique En Marche! party in France's National Assembly. Borne has instead been shuffled to the post of labour minister.

Castaner was replaced after criticism of his ministry amid the ongoing anti-racism and police violence protests which have overwhelmed France and other European cities in the wake of the death of George Floyd in the US. 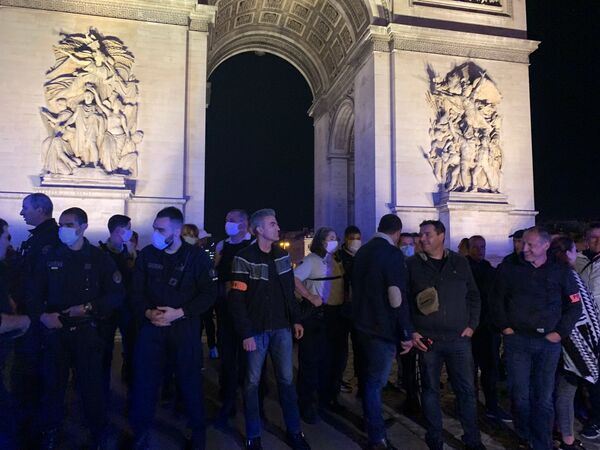 Julien Denormandie, minister of the city and housing, was transferred to the post of minister of agriculture, taking over for Didier Guillaume. Minister of Culture Franck Riester was replaced by Roselyne Bachelot, a veteran politician who previously served as minister of health and sports and minister of environment under the Sarkozy and Chirac governments. Sebastian Lecornu was appointed minister of overseas affairs, taking over for Annick Girardin.

The new government's first council of ministers meeting is expected to take place on Tuesday afternoon.

French Prosecution Says It Will Launch Inquiry Into ex-PM's Handling of COVID-19 Crisis
President Macron appointed Jean Castex, the official charged with handling France's exit from the coronavirus lockdowns, as prime minister on Friday after Prime Minister Edouard Philippe announced that he would be stepping down. Philippe resigned days after winning a mayoral election in the northern French port city of Le Havre. He took up his new post on Sunday. The now former PM joined the Macron government in May 2017.

French prosecutors announced Friday that they would launch an inquiry into the Philippe government's handling of the coronavirus pandemic, with former health minister Agnes Buzyn and her successor Olivier Veran to be investigated along with Philippe for possible unintentional crimes. The complaints were said to have been related mostly to the lack of protective equipment and overall lack of safety provisions for medical workers.