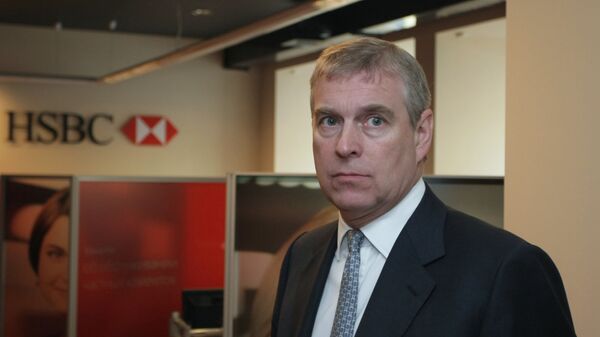 On Thursday, the FBI arrested Epstein’s former girlfriend Ghislaine Maxwell on six charges, including enticing minors to engage in illegal sex acts. Prince Andrew is a close friend of both Epstein and Maxwell and has been accused by one of the late banker’s alleged victims of having sex with her when she was just 17.

British ministers hope that Prince Andrew will speak with the FBI over his links to Jeffrey Epstein so that the government doesn’t have to intervene into the case, the Daily Mail reported. "I'm sure the Home Office would rather the two parties deal with it themselves without any ministerial involvement. The last thing they want is to find themselves caught between the Royal family on one side and the US authorities on the other. They do not want to navigate through that," Andrew Campbell-Tiech QC told the outlet.

The development comes a day after US prosecutors lodged a request to interview Prince Andrew via a mutual legal assistance treaty (MLAT), according to The Sunday Telegraph. The newspaper said the UK Home Office did not confirm or deny the existence of a MLAT request. the Under a bilateral agreement between the United States and the Britain, both countries can ask for assistance in interrogating individuals in criminal cases.

The Duke of York’s legal team previously said he is eager to cooperate with the FBI and that he'd offered help with an investigation on "at least three occasions". However, a US attorney working on the Epstein case said the royal falsely portrayed himself as eager to speak with the FBI while in fact providing "zero co-operation" to the inquiry.

Jeffrey Epstein was arrested in July last year on charges of running a sex trafficking network of minors. He reportedly killed himself while in jail awaiting trial. However, the circumstances surrounding his death have sparked many conspiracy theories. Prince Andrew, who had been friends with the financier and even visited him in 2010 after Epstein was convicted of soliciting prostitutes and was ordered to register as a sex offender, was pressured to clarify his ties with Epstein. In an interview with the BBC the royal said it was a mistake to visit Epstein after his first criminal case, but didn’t say he regretted befriending the banker and said knowing him had some "beneficial outcomes".

On 2 July, the FBI arrested Epstein’s former girlfriend Ghislaine Maxwell, daughter of British tycoon Robert Maxwell. The 58-year-old, among other things, has been charged with enticing minors as young as 14 to travel to engage in illegal sex acts. Both Epstein and Maxwell were close with Prince Andrew, who reportedly repeatedly invited Maxwell to Buckingham Palace.

The Duke of York is himself accused by one of Epstein’s accusers of having sex with her on three occasions, including once when she was 17, a claim Prince Andrew denies. Virginia Giuffre claims she was trafficked to London and forced to have sex with the royal inside the mansion of Ghislaine Maxwell. Commenting on the photo, which shows Prince Andrew in a house together with Virginia Giuffre and Ghislaine Maxwell, the Duke of York said no one can prove whether or not the image was doctored and said he doesn’t recollect meeting Giuffre.