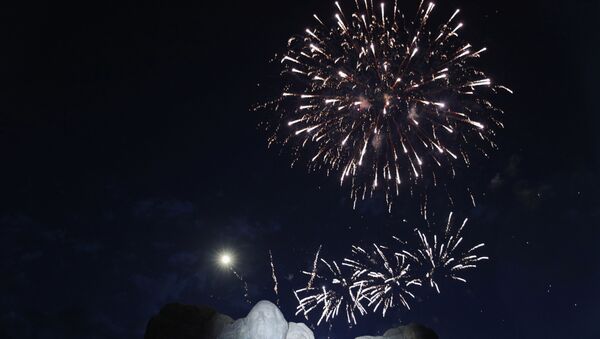 © REUTERS / TOM BRENNER
Subscribe
International
India
Africa
Despite the coronavirus pandemic changing how Americans celebrate Independence Day this year, US President Donald Trump will host several events across the country, delivering a speech at the Salute America near Mount Rushmore and then holding a celebration at the South Lawn of the White House.

As part of White House Independence Day celebrations, over 10,000 colourful fireworks are expected to light up the skies over Washington DC against the backdrop of a full moon. The phenomenon, also called a 'buck' moon in the US, is hoped to be visible in the capitol's skies.

The seasonal lunar event is referred to as 'buck', as it occurs in the season of early summer, when the new antlers of buck deer push out from their skulls.

The celebrations marking the US Independence Day, earlier kicked off by President Donald Trump at a Salute America event at Mount Rushmore, continued at the White House South Lawn and in the Ellipse park.