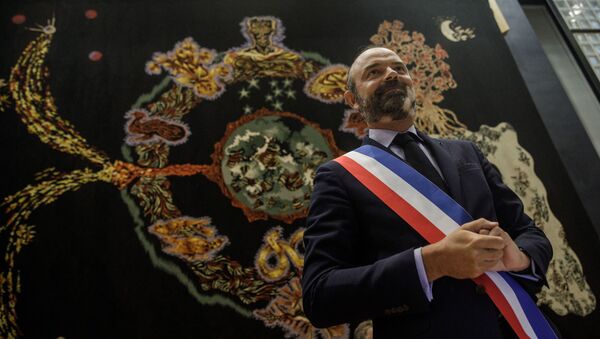 MOSCOW (Sputnik) - President Emmanuel Macron accepted Philippe’s resignation on Friday. He has been replaced by Jean Castex, who has been a crucial figure in the government’s response to the ongoing coronavirus disease outbreak.

Former French Prime Minister Edouard Philippe, who resigned from his position earlier in the week, has become the mayor of the city of Le Havre, French newspaper Le Parisien reports on Sunday.

The official has posted a tweet with his photo from the Le Havre town hall, captioned "Pride and happy in finding the most beautiful of mandates - at the service of the citizens of Le Havre. Down to work!"

​The former prime minister emerged victorious in the city of Le Havre in the second round of municipal elections that were held on June 28. His nomination was subsequently approved by the city’s municipal council earlier on Sunday.

Philippe previously served as the city’s mayor from 2010 to 2017, before becoming prime minister.

According to the newspaper, many local residents came to attend the municipal meeting on Sunday, although hygiene measures put into force to curb the spread of the coronavirus disease prevented a significant number from entering the hall.