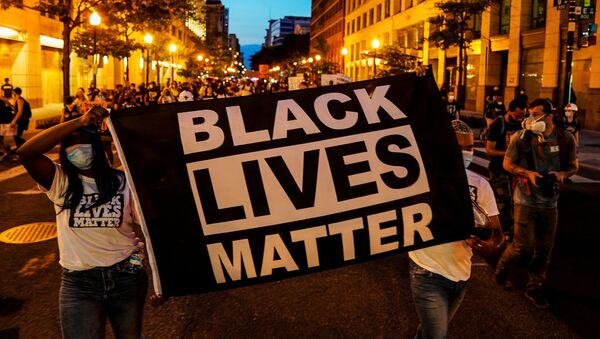 Protests have been rocking the United States since late May, when George Floyd, a 46-year-old black man, died in Minneapolis police custody after a violent arrest. In some cases, the mass rallies have been accompanied by arson, looting, and vandalism.

On Saturday, people are set to gather in Washington, DC to hold a "George Floyd Memorial March" on Independence Day. The event is expected to start at the Martin Luther King Jr. Memorial, with people then marching to the National Mall and the Washington Monument, finishing near the White House.

Protests against police brutality erupted in the US after a video showing Floyd's arrest was posted online. Derek Chauvin, one of the police officers involved, knelt on Floyd's neck for 8 minutes and 46 seconds while the man repeated that he could not breathe. Chauvin and three other officers were fired and arrested following the incident.